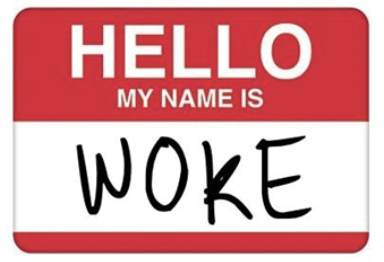 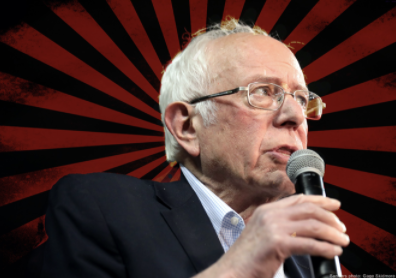 Socialism used to be relegated to the fringes of American society. The idea that a self-proclaimed socialist could be a leading candidate for president of the United States was unthinkable. But in 2020, Bernie Sanders was almost the Democrat nominee for president. The far-left wing of the Democrat Party is also growing in Congress and at the state level, and its ideas are quickly penetrating the liberal mainstream.

Today, many in the Democrat Party support a government takeover of our healthcare system, a Green New Deal that would give government control over nearly every aspect of our economy, and massive tax hikes to fund their socialist wishlist. Their influence on the incoming Biden administration’s policies is already clear. Look no further than the Biden-Sanders Unity Task Force recommendations and recent calls from the far-left for Biden to quickly act on these ideas.

Some Democrats are warning against this leftward shift, but liberal leaders like AOC have only doubled down, determined to push the Biden administration to unprecedented extremes.

Wokeness has been alive and well for some time, especially on college campuses. Now, a growing liberal extreme, inflamed by the events of 2020, has placed the woke mob front and center.

Wokeness views everything through the prism of identity politics, clinging to an agenda that rejects America’s fundamental principles. Woke liberals demand freedom, but want to silence and control anyone who disagrees with them. They demand equality, but want to build a new society based on discrimination. They view America as inherently immoral, but are determined to use the full force of government to achieve their dangerous vision.

Wokeness is not just about politics. It is taking over our education system, popular culture, and even our national identity. The woke mob has canceled George Washington, Abraham Lincoln, even Paw Patrol (yes, the cartoon about police dogs). It is renaming schools, forcing schools to eliminate academic standards, and rewriting curricula to include far-left ideas about race and gender.

Those who dare stand up to the woke mob—even liberals—are silenced or viciously attacked. See Bari Weiss, Andrew Sullivan, and J.K. Rowling. Kudos to these writers and many others for refusing to give in to a growing left-wing orthodoxy. It will take all of us standing up to put wokeness to sleep once and for all. 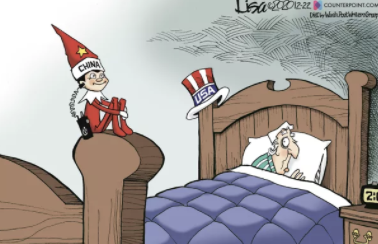 2020 was the year the world woke up to the growing Chinese threat. First and foremost is China’s deadly role in the spread of coronavirus around the globe. The Chinese Communist Party delayed releasing information about the virus, deliberately lied, launched a full-scale propaganda campaign, hoarded medical supplies, and wielded its growing influence over the World Health Organization. The result? Millions of people died.

China has also ratcheted up its aggression across the globe: provoking Taiwan, punishing countries like Australia that dared to oppose it, and infiltrating U.S. universities and companies with its spies.

China’s sins at home should concern us as well. While China’s persecution of its Uighur minority population has been going on for several years, new evidencecame to light this year in horrifying detail. One example: the Chinese government is performing forced sterilizations and abortions on Uighur women. 2020 also saw Hong Kong go from being a democratic and autonomous territory to the latest pawn in China’s ongoing crusade to tighten its grip. Pro-democracy activists have been arrested and jailed for the mere crime of supporting freedom.

The Chinese Communist Party has proven itself to be one of the biggest threats to U.S. national security and freedom in the world. Under the Trump administration, the United States has rightly begun to take the Chinese threat seriously, imposing a slew of sanctions on communist officials and cracking down on Chinese spying and Chinese companies with ties to the Chinese Communist Party. How America and the world react over the next few years will be crucial. As Amb. Haley says, “the free world must stand strong against China.”

2020 has brought unimaginable loss to our country. Top on the list are the more than 300,000 Americans who have died from coronavirus. Their deaths leave countless families and communities forever changed.

But there are other kinds of losses too—many caused by politicians who insisted on irrational lockdowns and school closures that unleashed horrific consequences without making the country safer.

Case in point: Despite evidence showing little danger of coronavirus outbreaks in schools, millions of children remain stuck in virtual learning that isn’t working. From New York to Los Angeles to Chicago, some of our largest school systems allowed the teachers unions to hold our kids’ education hostage. The losses have been terrible, especially for minority, low-income and special needs children. A generation of kids will grow up strugglingto catch up on basic math and reading skills.

The list of losses goes on: opioid addiction and opioid-related deaths are up; violent crime, including murders, is through the roof; anxiety and depression are sky-rocketing; and long-time businesses have disappeared from our communities.

These losses leave holes that can’t be filled. But there are lessons to be learned. In too many cases, elected officials let politics guide vital public policy decisions when they should have used common sense. They gave in to the loudest, most extreme voices, hurting the millions of people who don’t have a voice at all. These politicians need to be held accountable. 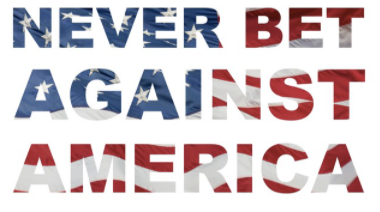 For all the challenges of 2020—and there were many—Americans proved that we don’t give up. From the very beginning of the virus, individuals and businesses came up with creative ways to produce vital supplies and equipment.

In the early days of coronavirus, distilleries quickly converted equipment to produce hand sanitizer. Many people, including young children, used their 3-D printers to make desperately needed masks, face shields and ventilator parts. Doctors and nurses went the extra mile for their patients, even as they struggled with staffing and PPE shortages. Retired nurses came out of retirement to lend a helping hand, even though it meant separating from their families and assuming grave health risks.

American ingenuity truly shone during Operation Warp Speed—the massive effort to develop a safe and effective vaccine in mere months. The liberal elite told us that it was impossible to produce a vaccine in such a short time. Needless to say, they were wrong. Medical innovators pulled off a miracle by developing multiple vaccines in less than a year.

The lesson of the past year is clear: Don’t bet against America.