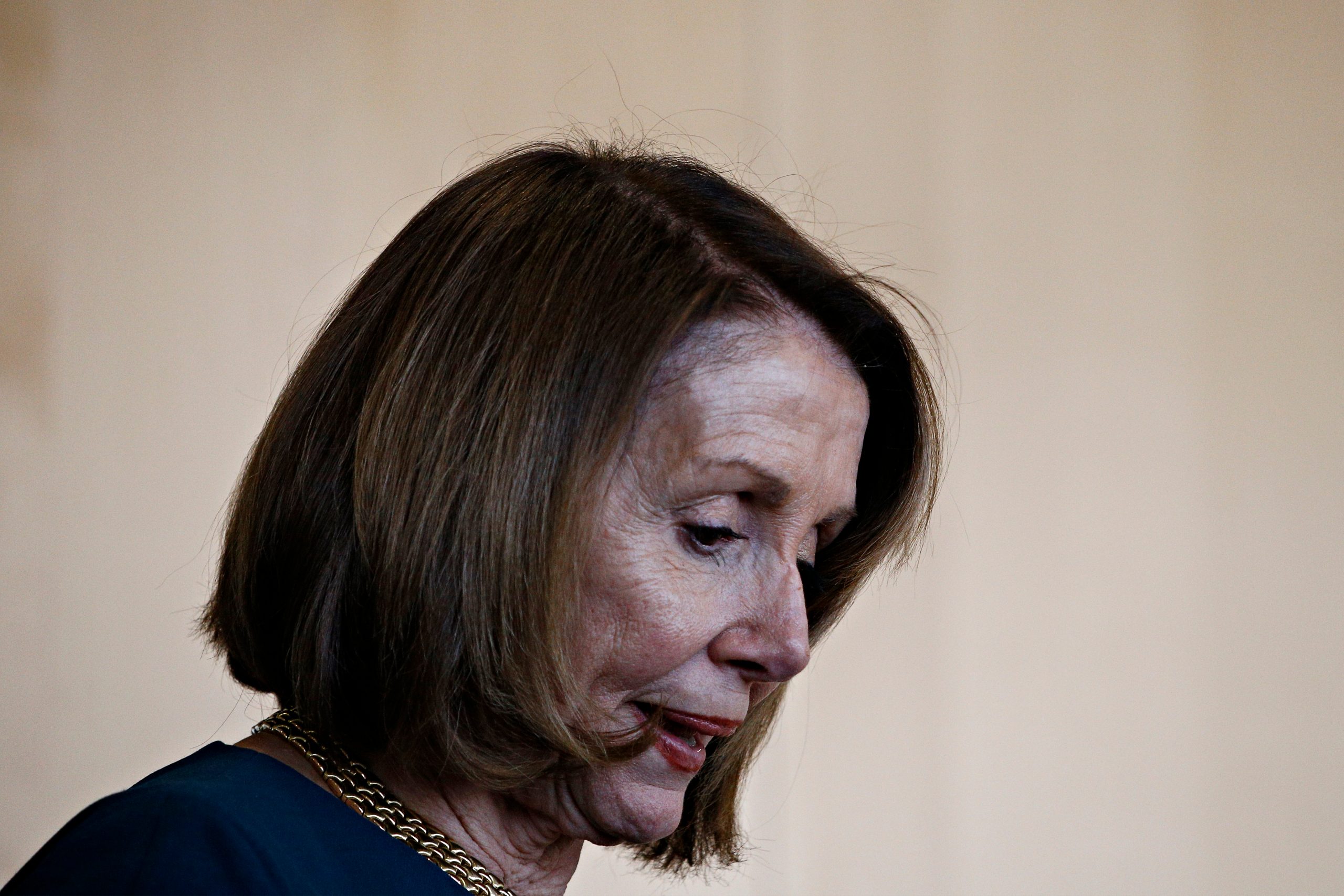 What’s that sound? It’s the far left lashing out at anyone who dares to question their extreme agenda. Over the weekend, Senator Joe Manchin (D-WV) criticized his colleagues’ partisan ploy to take over our elections and abolish the filibuster. He pledged to vote against both efforts.

The left did not take the news well, to put it mildly. Democrat lawmakers and liberal media hurled accusations of racism and said Manchin is doing “everything in his power to stop democracy.” 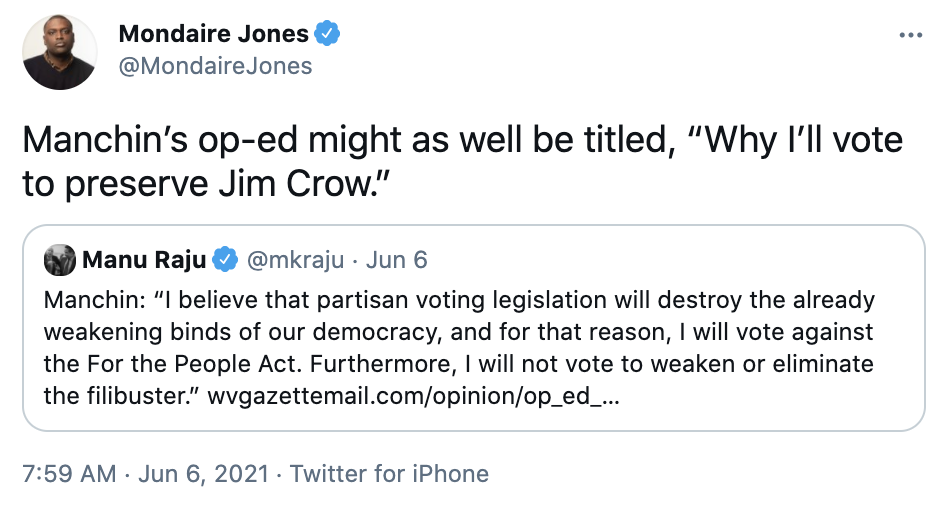 Schumer, Pelosi, and co. know their unpopular agenda is looking increasingly unlikely—even though they have total control of Washington. That’s why the far left lashing out results in blaming anyone but themselves.

Joe Biden’s Russia policy can be summed up in four words: Speak softly, do nothing.

First, Biden gave Putin a pass, allowing him to finish Russia’s Nord Stream 2 pipeline. Then Biden’s secretary of state called the pipeline’s completion a “fait accompli.” Now, Biden is getting ready to sit down with President Putin to discuss his “intentions” later this week—even though  Russian cyber hackers recently shut down a major U.S. beef supply chain and attacked America’s gas supply.

America doesn’t need a sit-down with Putin to figure out his “intentions.” Russia’s aggression speaks volumes. What we need is a strong leader willing to show Putin we mean business.

→ Read more: Graham: ‘It’s time for the Russians to pay a price’ for cyberattacks (The Hill)