Kamala Harris To The Rescue? Not Likely … 😬 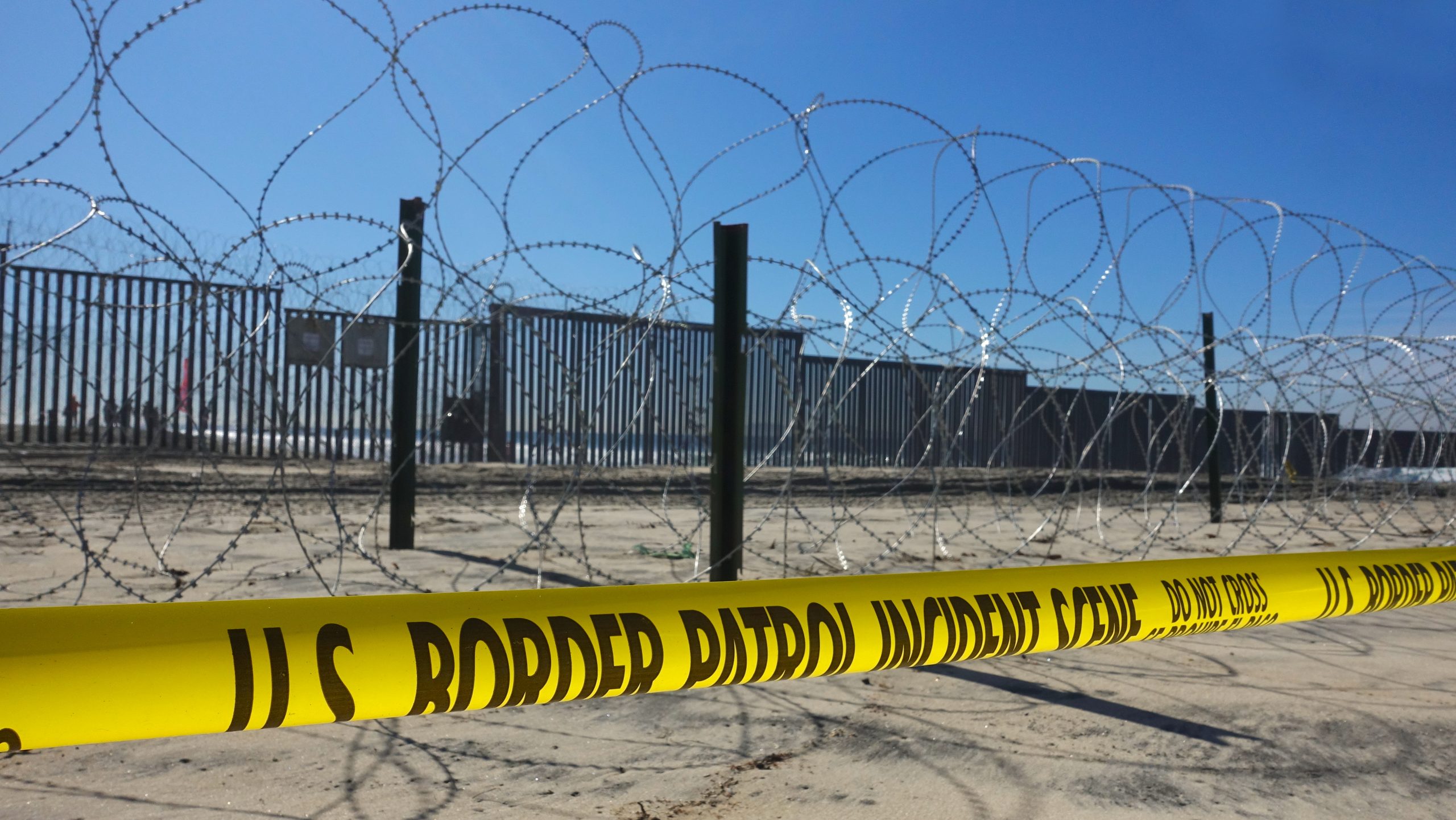 Harris supports decriminalizing illegal border crossings and has compared ICE to the Ku Klux Klan. In 2018, she encouraged the 7,000-migrant caravan to come to our border. And last but not least, when asked this week if a visit to the border was in her future, she chuckled.

Will Harris keep laughing when she grasps the seriousness of the emergency? Unaccompanied minor crossings are up to 600 a day. Last month, cartels raked in $600 million from trafficking operations. The government has released about 2,000 migrants into U.S. cities without court dates. And human traffickers are exploiting families and children to smuggle criminals into America.

So no, we don’t trust Harris to secure our border. But luckily, Republicans are providing real solutions to protect the rule of law. Harris and Biden should take notes.

The Chinese Communist Party’s goal is world domination. But in his first press briefing as president yesterday, Joe Biden said, “… I don’t criticize them for the goal.”

We disagree. Of course we should criticize China for its goal of taking over our country in every way possible—economically, culturally, and militarily. Amb. Nikki Haley was quick to point out the dangerous consequences of Biden’s weak leadership. 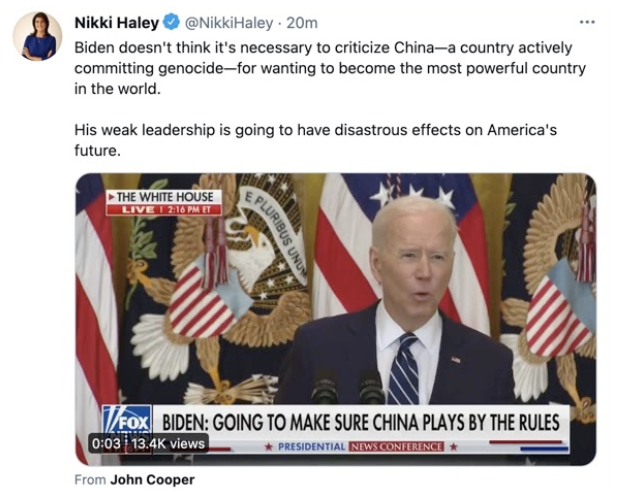 For too long (including the Obama-Biden administration), America viewed China as a partner, and even, sometimes, a friend. It is now abundantly clear that China is neither of those things. China wants to surpass the United States and will do whatever it takes to get there. President Trump changed the way the world looks at China. The last thing Biden should do is act like a doormat for China’s steamroller.