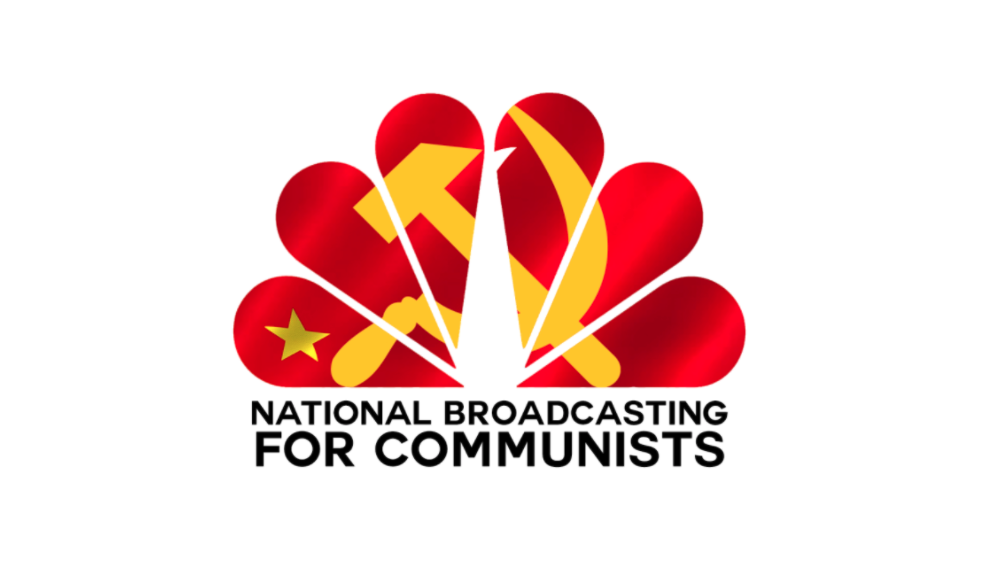 It’s bad enough that the Olympics are in Communist China, where our athletes are being spied on, censored, and told to stay silent about China’s atrocities. But NBC‘s groveling coverage of the games has turned a bad situation into a national embarrassment.

When China had a Uyghur light the Olympic flame Friday night—even as Beijing tries to exterminate the Uyghur people—one of NBC‘s hosts called it “an in-your-face response to those Western nations, including the U.S., who have called this Chinese treatment of that group genocide and diplomaticaly boycotted these games.” Appalling.

Not surprisingly, NBC’s ratings for Friday’s opening ceremony cratered to an all-time low. Americans are tuning out Beijing’s lies, and NBC’s complicity in them. The National Broadcasting Company should remember what “nation” they serve.

President Joe Biden promised to be the “most pro-union president you’ve ever seen.” Now we know by “pro-union” he really meant “anti-taxpayer.” On Friday, Biden ordered the government to partner with (that is, pay off) union bosses for all major federal construction projects.

The order could jack up the costs of those projects and discriminate against small businesses. It’s clear that Biden’s $1.2 trillion “infrastructure” law will funnel money directly into union bosses’ coffers.

And Biden is still pushing the PRO Act, aka the biggest union giveaway in a century. It would overturn right-to-work laws in 27 states. Millions would be forced to join unions against their will. Since right-to-work states are beating forced-union states in jobs growth, it would kneecap the economy, too. Inflation and the pandemic are bad enough—Americans shouldn’t have to bear Joe Biden’s “labor pains” on top of them.