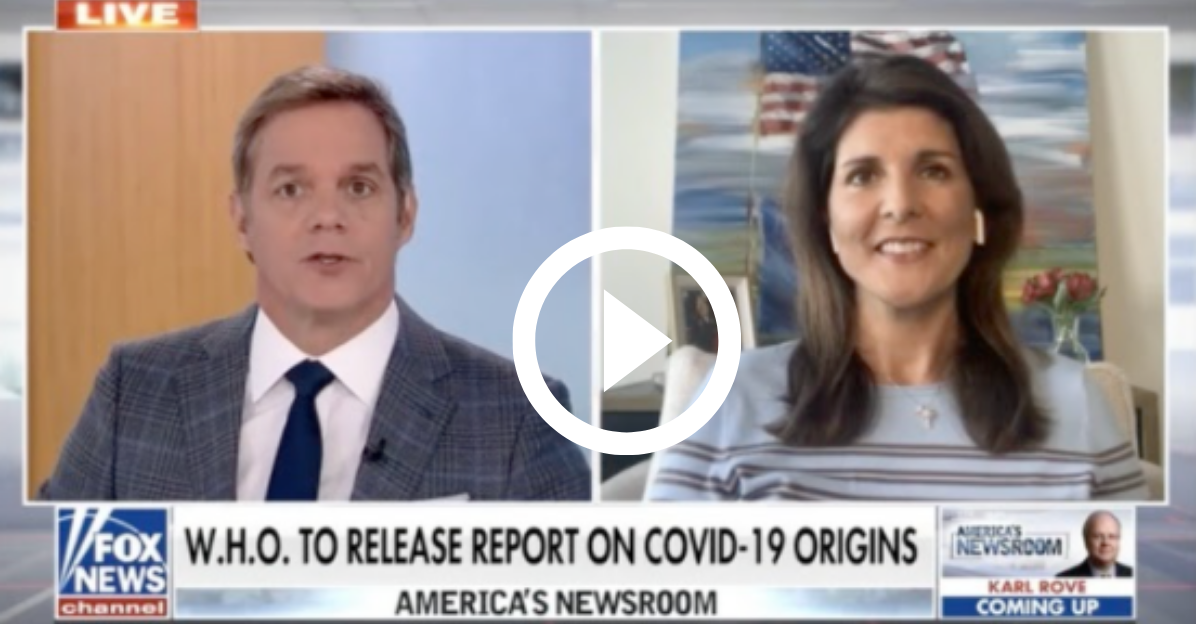 Ambassador Nikki Haley has a message for the World Health Organization (WHO) and China: We don’t trust you. Her warning comes as the WHO released a long-delayed report on COVID-19’s origins that was heavily influenced by the Chinese Communist Party and its lackeys.

In a Fox News appearance yesterday, Nikki reminded us that the WHO has long been in bed with Communist China. Remember, the WHO refused to listen to warnings from Taiwan during COVID’s initial outbreak, hoarded medical supplies, parroted Chinese propaganda, and praised China’s “transparency.” Even the liberal media acknowledge the report doesn’t tell us the whole story. Yet the Biden administration refused to say whether China would be punished for its cover-up.

As Nikki says, if China “can get away with killing millions of people, they can get away with a whole lot more.” That’s why Biden must hold China accountable and get to the bottom of COVID-19’s origins. Our global security and health depend on it.

For more than a year, kids have suffered as teachers unions kept them out of classrooms. It should come as no surprise that parents took action. A staggering 500,000 students left the public school system last year. And thanks to state lawmakers, school choice is on the move across America.

The pandemic has shown that education dollars should follow the kids—not the schools. These states are giving families the freedom to choose the best way to educate their kids based on their individual needs. Other states should follow suit.

→ Read more: In a rebuke to teachers unions, school choice is going gangbusters in the states (Heritage Foundation)