Vaccine passports are the left’s latest scheme to keep Americans locked down and permanently beholden to government. They stop people from doing activities they’re already doing, like eating out and traveling. They violate healthcare privacy and undercut public trust in the vaccine. Finally, they give government even greater control over our daily lives after a year of massive bureaucratic overreach. Kudos to conservatives for pushing back.

WE WANT TO HEAR YOUR OPINION.
TAKE OUR VACCINE PASSPORT SURVEY NOW!

Surprise! Words don’t mean what you think they mean. Not when the liberals are involved.

The meaning of “infrastructure” used to be obvious: roads, bridges, tunnels, airports, etc. Now, according to liberals, infrastructure means any and every far-left priority: social welfare programs, green energy policies, union bailouts, you name it.

Another example: anything that doesn’t suit the far-left narrative is “racist.” AOC recently dictated that the term “border surge” invokes white supremacy. According to Biden, Georgia’s new law that protects voter rights is “Jim Crow.” Math, grammar, and the filibuster are all deemed racist. 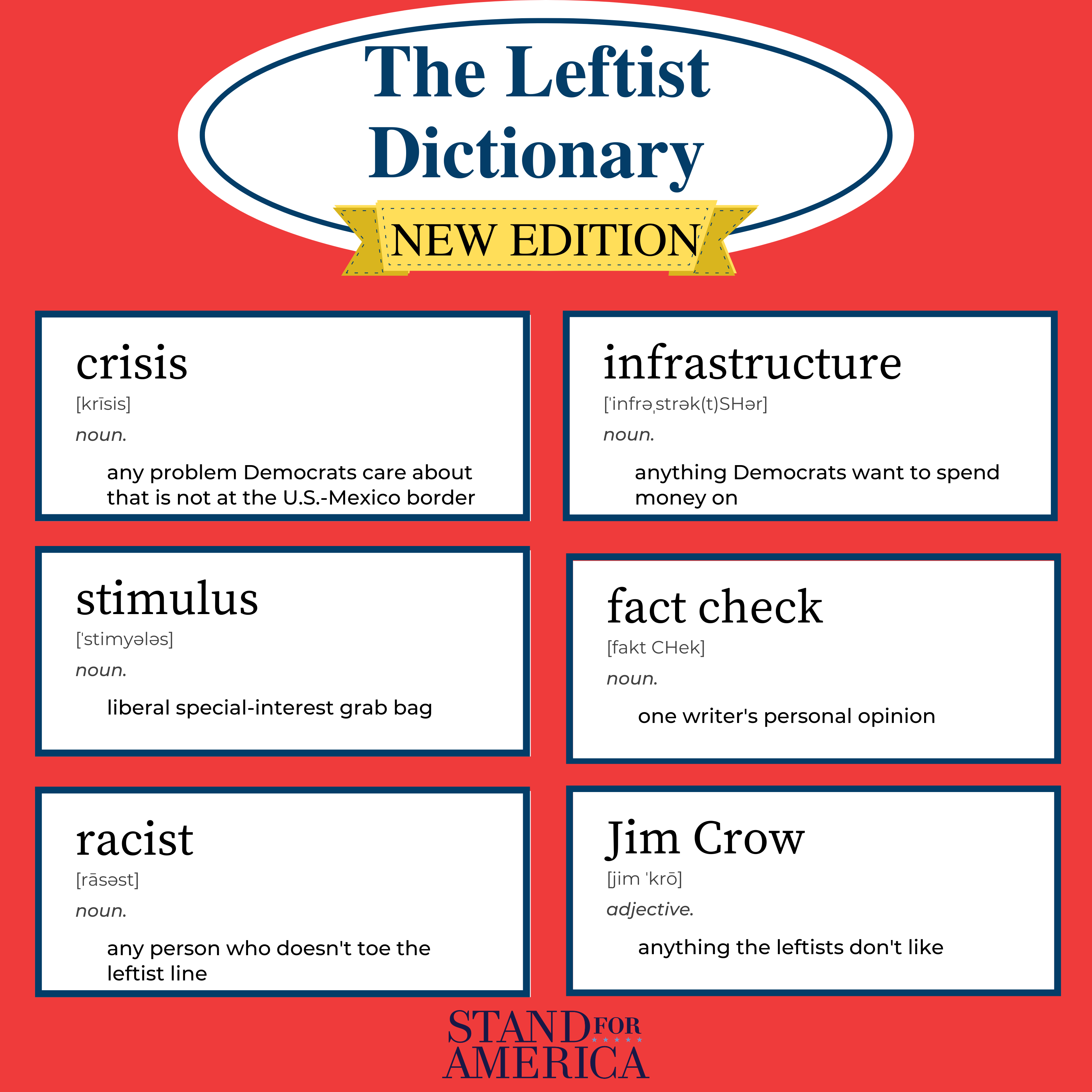 Language is a powerful tool, but it is a dangerous weapon in the hands of liberals who twist words to promote outright falsehoods to further their partisan power grabs.

→ Read more: Anyone using the ‘Jim Crow’ charge as a political weapon should hang his head in shame (National Review)