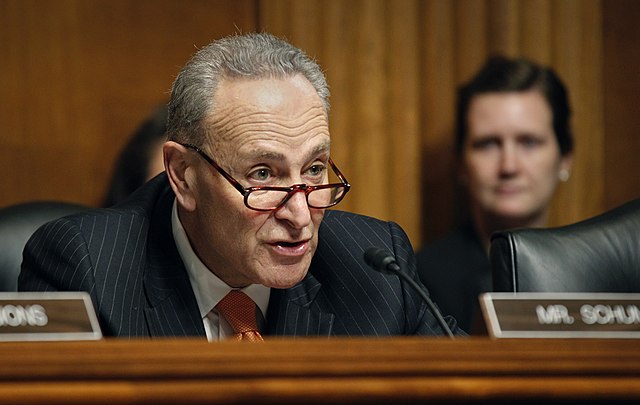 After the Supreme Court leak, pro-abortion activists didn’t hide their extremism for long. Their allies in Congress wasted no time before pushing their radical agenda, either.

Yesterday, Sen. Chuck Schumer (D-NY) forced a show vote on a national abortion law so extreme, it didn’t even get the full support of his party. It’s not just that it would force all 50 states to allow abortions for any reason, at any time during a pregnancy. It would also force doctors to perform abortions—even if it violates their conscience and religion. And it would let young girls seek an abortion without parental consent. Democrats want to pretend their bill would just protect the status quo, but in reality, it would be one of the most extreme abortion laws in the world.

Thankfully, it didn’t come close to passing. Instead, Schumer and his allies showed just how out of touch their abortion-on-demand plan really is. Americans won’t be fooled.

We know that liberal policies hurt students. Now, we have proof that states where teachers unions kept them locked out of schools were the worst for kids who needed help the most.

A new report shows that in states like California that delayed in-person learning longer, the learning gap between students of different races and income levels “widened sharply.” In states where kids could get back into classrooms ASAP? It didn’t budge. Sadly, it’s all part of a trend where liberals’ policies hurt the same people they claim to help. Just look at President Biden’s assault on charter schools, which even some liberals are now openly opposing.

It’s bad enough that a generation of children suffered during the pandemic. That minority and low-income kids suffered the most should be a wake-up call about failed liberal policies. We need to empower all students and their families, not hold them back.