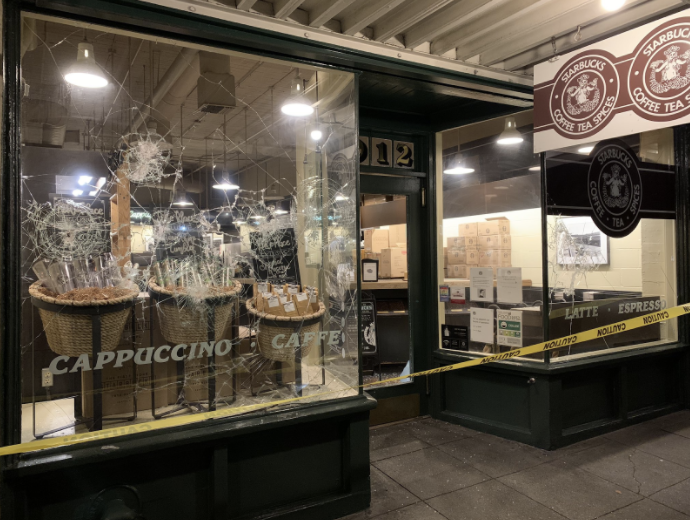 While political leaders rightly condemned violence from the right this month (as did we), there was barely a peep about the far-left violence in Portland and Seattle on Wednesday night. In Portland, liberal protesters vandalized federal property and smashed the windows of the Democratic Party’s headquarters. In Seattle, anarchists broke windows at a federal courthouse and at multiple storefronts.​

Both cities have seen their share of riots over the past year with minimal outcry from the media and the left. Liberals were more upset about the government’s efforts to curb the violence than the violence itself.

Violence is unacceptable no matter which side it comes from. It’s time for our political leaders to send a zero-tolerance message for political violence, period.

By law, the Palestinian Authority (PA) bears responsibility for healthcare in its areas, as does Hamas for Gaza. Like the rest of the world, Israel has limited doses and has every right to prioritize its own citizens.

In addition, Israel has gone above and beyond in helping the PA tackle coronavirus, donating test kits and training Palestinian technicians. In contrast, the Palestinian Authority often prioritizes politics over its people’s health, banning medical cooperation between the two groups and preventing Palestinians from seeking medical treatment in Israel.

Israel is currently a leader in administering the coronavirus vaccine, with more than 27% of its population inoculated and infections beginning to drop. We should be applauding and learning from its efficiency, not slandering it.