Tell Biden: America Must Refuse To Recognize The Taliban 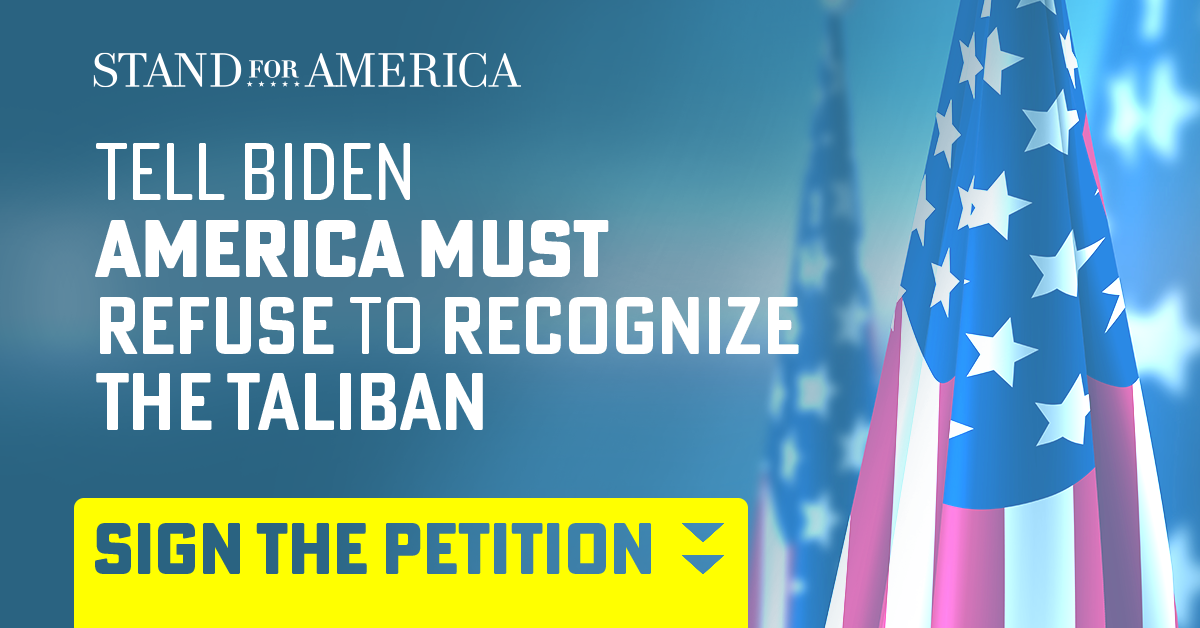 The Biden administration completely surrendered to the Taliban – the same Taliban that gave safe harbor to the terrorists who murdered thousands of Americans on September 11, 2001.

Now, the Taliban is essentially holding our Americans hostage in Afghanistan.

To make matters worse, Biden hasn’t ruled out recognizing the Taliban as a legitimate government.

That’s why Stand For America just launched a petition calling on President Biden to refuse to recognize the Taliban.

Can you sign the petition right away? Every signature we collect will be delivered to President Biden. Sign the Petition Now

Recognizing the Taliban as an official government would have terrible consequences. Not only would it be another slap in the face to every veteran, military family, and American, but if America starts recognizing the Taliban now, it would allow them to receive foreign aid. That’s right – U.S. taxpayer money going into the hands of the people who harbored the terrorists who carried out the Sept. 11 attacks on our homeland.

We can’t let that happen. America must not recognize the Taliban or give them aid.

The ones being friendly with the Taliban are China and Russia…America must lead in calling out the Taliban for the threat that they are and refuse to give them any legitimacy.