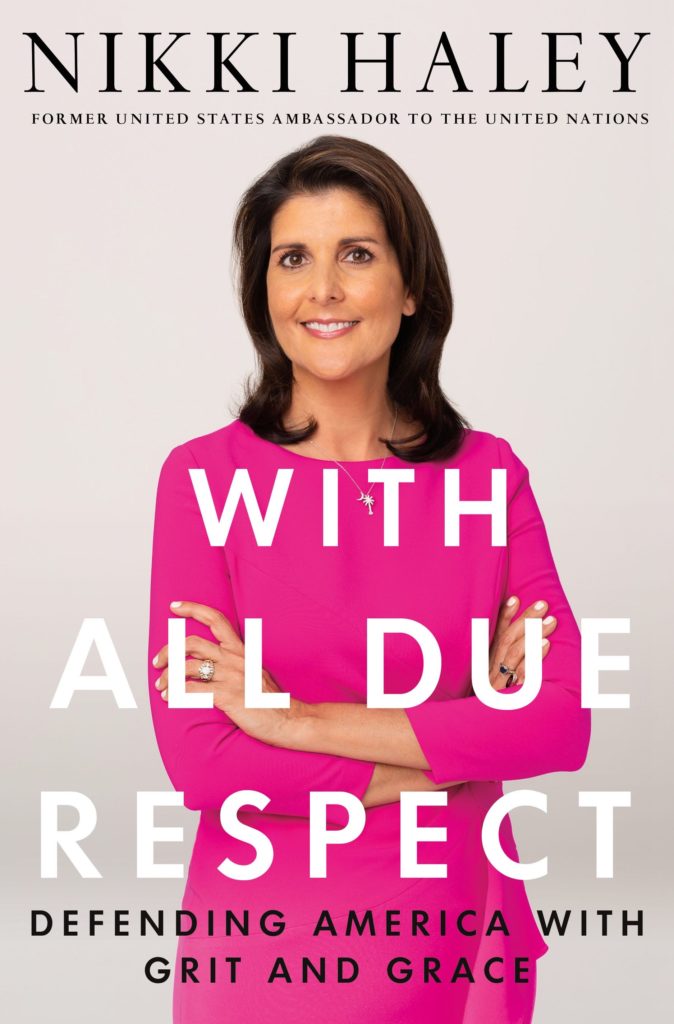 Many of you know that I’ve been working on a book about my time as governor of South Carolina and U.S. ambassador to the United Nations.

While the book isn’t set to come out until November, we got to see the cover for the first time today!

I thought a lot about the title for this book. In the end, I chose a title that embodies my belief in the importance of using one’s voice to stand for principle.

Throughout my time as governor and ambassador, I tried to work together with people to bridge policy gaps and find compromises that helped the people I served. At the end of the day, if you’re not making things better for your constituents, then you’re not doing your job. In order to do that, you have to put aside ego and politics and focus on solutions.

But compromise can only take you so far. There are some principles and some values that cannot – should not – be compromised on. There are some times, when you have take a side. The worst thing you can do for the people you serve is to take no side, or to play both sides. If we don’t stand for something, we will stand for nothing.

This philosophy motivated me every day at the United Nations. I worked hard to meet my fellow ambassadors half-way and find common ground on important reforms, but there were moments when I had to take a stand. I had to take a side.

When my fellow ambassadors lambasted Israel while ignoring major human rights violations in Syria, Iran, and Venezuela, I rose up to set the record straight.

When then the U.N. Security Council passed a resolution condemning the United States for moving its embassy from Tel Aviv to Jerusalem – a right every sovereign nation deserves to make – I exercised the U.S. veto power for the first time in six years.

After months of working with the U.N. Human Rights Council to implement reforms, there came a point when talk and compromise were not going to cut it. The U.N. Human Rights Council was home to some of the worst human rights abusers in the world (Venezuela, China, Cuba). If the Council could not recognize the hypocrisy and absurdity of its membership, it was time for the United States to leave.

And when the Cuban regime tried to blame America for its economic ruin, I called them out and the U.S. voted against a resolution to end the embargo on Cuba.

I am extremely proud of these moments, but I am also proud that these moments of principle enhanced America’s standing in the world – not weakened it. Even when the U.S. disagreed with other members, we did so respectfully and without personal attacks.

There is a great power in using your voice, but how you use that voice matters. Our political sphere has become a boxing match, with each side looking to score points and land a punch. Nothing good happens when you view the other side as the enemy. We can be principled without being hateful. We can be proud without being mean. Even in moments of defiance, we can’t lose sight of our common humanity and basic civility.

This book is a story about my journey, but it is so much more than that. It is a story about the power of one voice to make a difference. It is the story of the ultimate American Dream – the daughter of Indian immigrants who went on to serve the country she loved. It is a hopeful vision for our future as a nation – a future built on freedom and strength, grace and grit.

What do you think? Let me know your thoughts about the cover by commenting below.