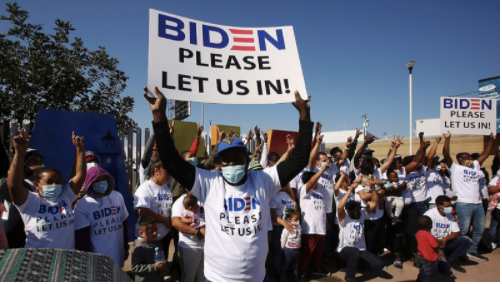 America’s immigration system has long been broken. Under President Trump, we began to tackle the problem. We increased border security; we worked with other countries to handle asylum cases before migrants reached our borders; and we sent a strong message that our laws must be taken seriously. There was still more to do, but this was a start.

During his first few weeks in the White House, Biden made it clear that he was going to take a completely different approach, one favored by the far-left wing of his party. Instead of recognizing the fundamental problems in our immigration system, the Biden administration acted like there was nothing wrong. And with a migration crisis now surging to unprecedented levels, Biden has refused to admit there is even a crisis at all.

What has the Biden administration done? Biden revived the harmful “catch and release” policy and banned deportations of illegal immigrants (luckily, a federal judge struck this down). Then he sent an immigration bill to Congress that would grant citizenship to 11 million illegal immigrants. Biden is also planning to establish “processing hubs” that will release migrants into American cities in under 72 hours.

What has been the result? These lax policies are practically an invitation to migrants to come to our border. Since inauguration, the number of families crossing illegally per week has increased by nearly four times. An all-time high of 117,000 unaccompanied children are expected to cross the border this year—a nearly 300% increase from 2020—and shelters are already at 94% capacity. 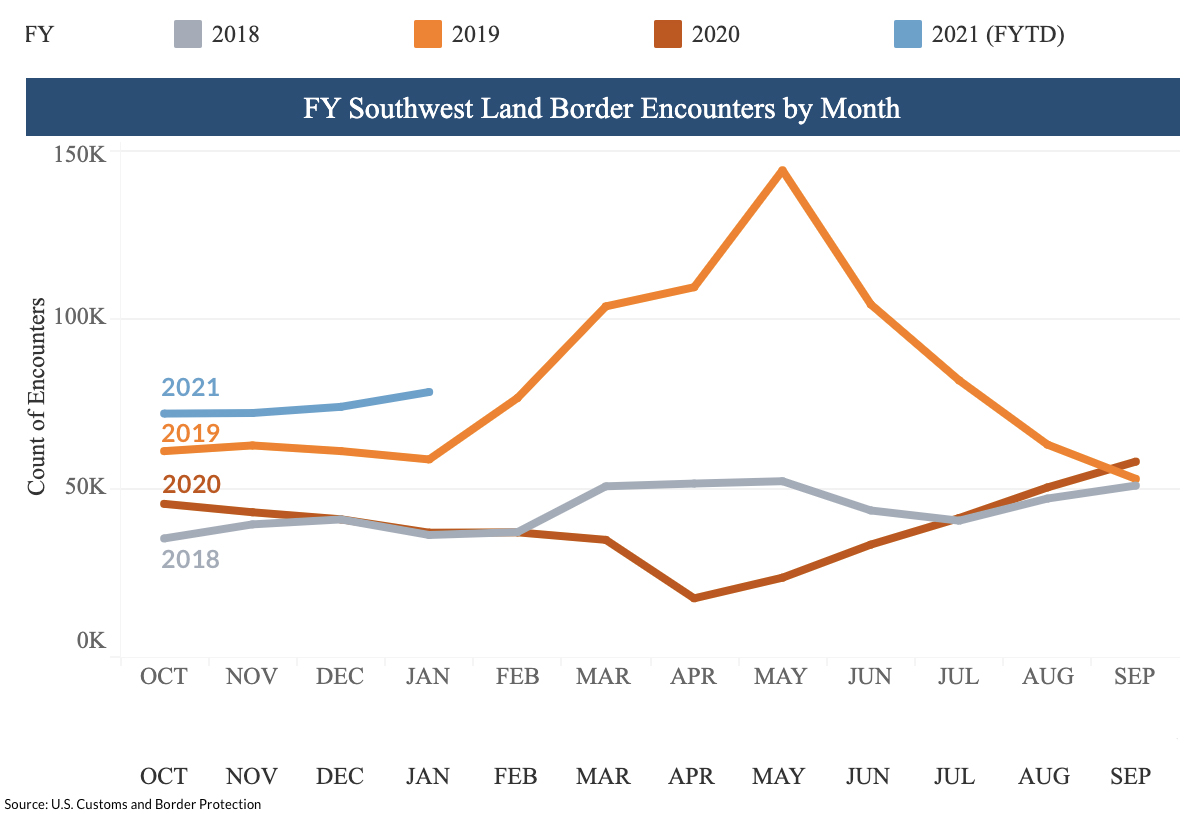 Migrants are overwhelming U.S. border facilities and maxing out community resources. Local officials, such as the mayor of Del Rio, are pleading with Biden to stop releasing migrants into their cities. More than 100 migrants have tested positive for COVID, and cities can’t stop them from traveling to other states.

What are people saying? Far-left activists are appalled by Biden’s policies because they think they don’t go far enough. For example, AOC criticized Biden for having a process at all and called for abolishing ICE and the Department of Homeland Security. Like Biden, these liberals refuse to acknowledge the immigration problem or the consequences of ignoring our national border.

Conversely, some moderate Democrats have called Biden’s policies “catastrophic” and a “recipe for disaster.” They are also opposing Biden’s immigration bill, almost certainly dooming it to defeat. 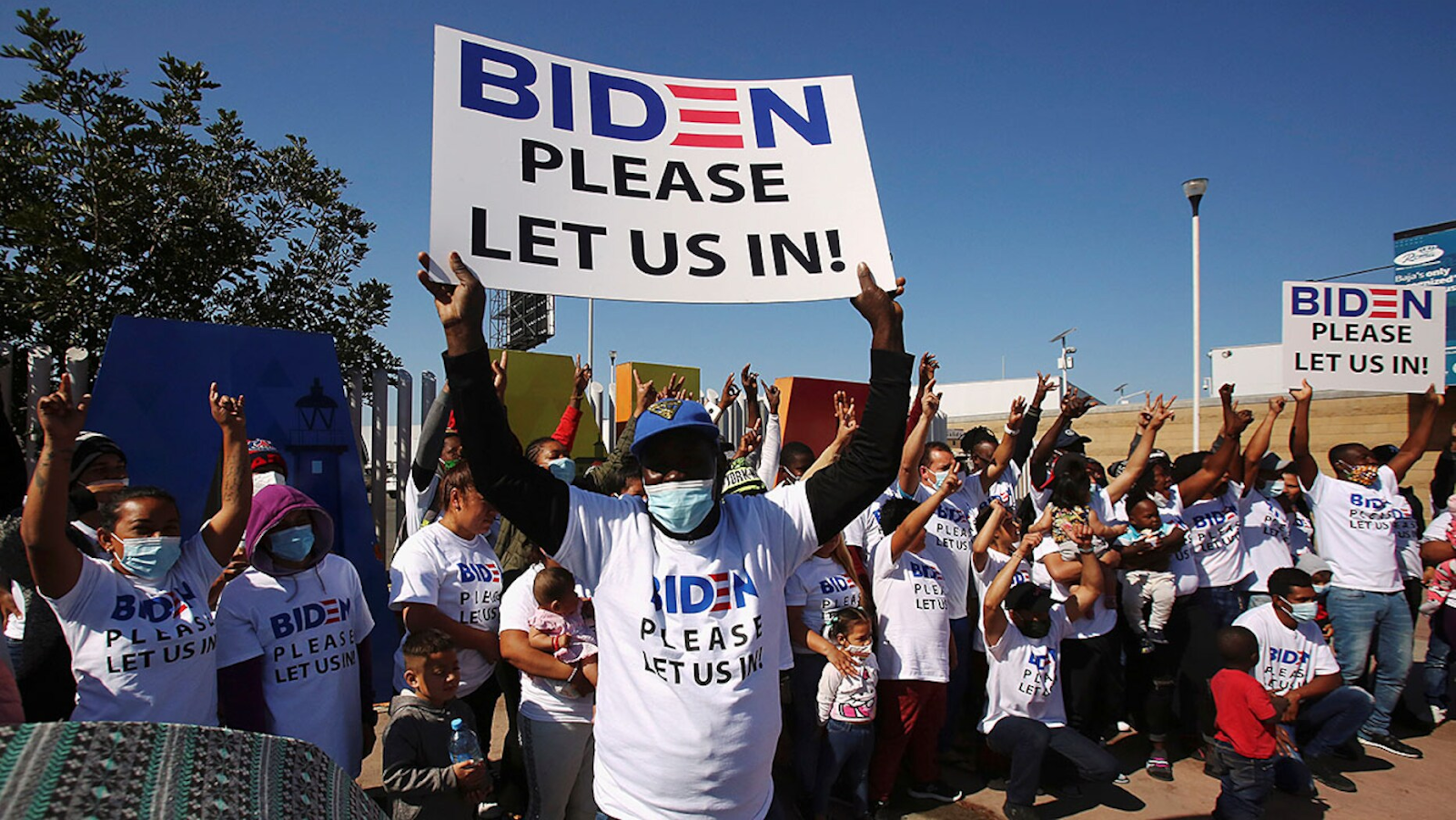 Our take: The first step to fixing a problem is admitting you have one. Instead, liberals (including the media) have spent the past four years lobbing partisan attacks and offering up preposterous ideas that no country would agree to. The second step is offering real solutions. Here are a few of our own: end sanctuary cities, implement e-verify, and revamp the asylum process. Watch our video for more on how to fix our broken immigration system.

→ Read more: ‘Not quite ready yet’: Democrats won’t take up Biden immigration plan this month (Politico)

Biden going backward at the UN

“Rejoining the Human Rights Council and renewing funding for UNRWA will make neither organization better. It will only give heart to our enemies and cause pain for our allies, all while wasting American money. ” – Nikki Haley

Ronald Reagan once joked, “Nothing lasts longer than a temporary government program.” Every good joke is rooted in truth, and it’s especially applicable to the Democrats’ $1.9 trillion “stimulus” package.

After spending $3.5 trillion already during COVID, Democrats are using the “American Rescue Plan” as an excuse to add new government welfare programs that they fully intend to make permanent.

Take the “enhanced child tax credit” that would send parents up to $3,600 a year per child, paid monthly. For poor families, the money would be in addition to existing benefits, like food stamps and Medicare. And unlike the current child tax credit system that includes a work requirement, the new benefit would be a no-strings-attached government handout for parents, regardless of employment status.

In a new op-ed, the American Enterprise Institute’s Matt Weidinger and Robert Doar explain that this plan would return America to the bad, old days before we reformed the welfare system. After all, the best way to help people climb out of poverty is to give them the tools to build a more prosperous life for themselves. Like welfare programs of the past, the “Child Tax Credit improvements” encourage the opposite.

What’s worse, the expanded tax credit is the first step to implementing a massive new entitlement program championed by the left: universal basic income (UBI). UBI would make millions of people dependent on government checks with no incentive to get an education, look for a job, or chart a different path.

Our take: As we’ve said before, the $1.9 trillion “stimulus” bill isn’t really about pandemic relief. It’s part of the Democrats’ long-term ploy to enact more government programs and endless spending. In the infamous words of Rahm Emanuel—“You never want a serious crisis to go to waste”—liberals are using the pandemic as an excuse to implement an unending expansion of the welfare state.