Why I Founded Stand For America 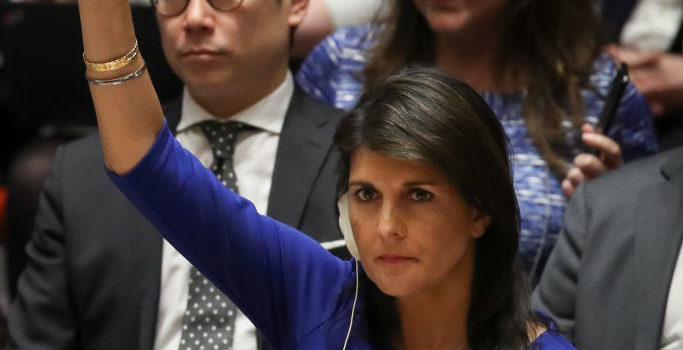 America is the greatest nation in the history of the world. That greatness is why generations of people from all over the world have come here legally, including my parents. They reminded my brothers, my sister and me every day just how blessed we were to be born and raised in this country. Growing up in rural South Carolina, I never dreamed I would become our state’s Governor. With hard work, determination, and the incredible support of the people of South Carolina, I was blessed to be able to do that. And then I was doubly blessed to serve the nation I love so dearly, as President Trump’s U.S. Ambassador to the United Nations.

My story is proof positive that the American dream is alive and well. America’s greatness comes from our freedom and our values and they must be protected for future generations.

As UN Ambassador I was able to see firsthand the challenges we face around the globe. Iranian-backed radical Islamic terrorism threatens the lives of innocent Americans. Communist China is spreading its influence throughout the world and engaging in unfair and illegal trade practices. North Korea still has nuclear weapons that can hit us. Russia meddles in our elections and invades its neighbors with no regard for their sovereignty.  In our own backyard, socialist dictators in Venezuela, Cuba, and Nicaragua oppress their own people and support narco-trafficking that invades America.

At home, our prosperity is challenged by socialist schemes of higher taxes, job-destroying regulations, government-run health care, and unsecure borders. Our government is often held hostage by career politicians who pay more attention to their next election than the next generation. And we have a mass media culture that constantly emphasizes conflict and differences among our fellow citizens rather than what unites us.

Even though I have entered private life, I will never stop standing up for America’s freedom and values. We all have a part to play in keeping our country safe, strong, and prosperous.