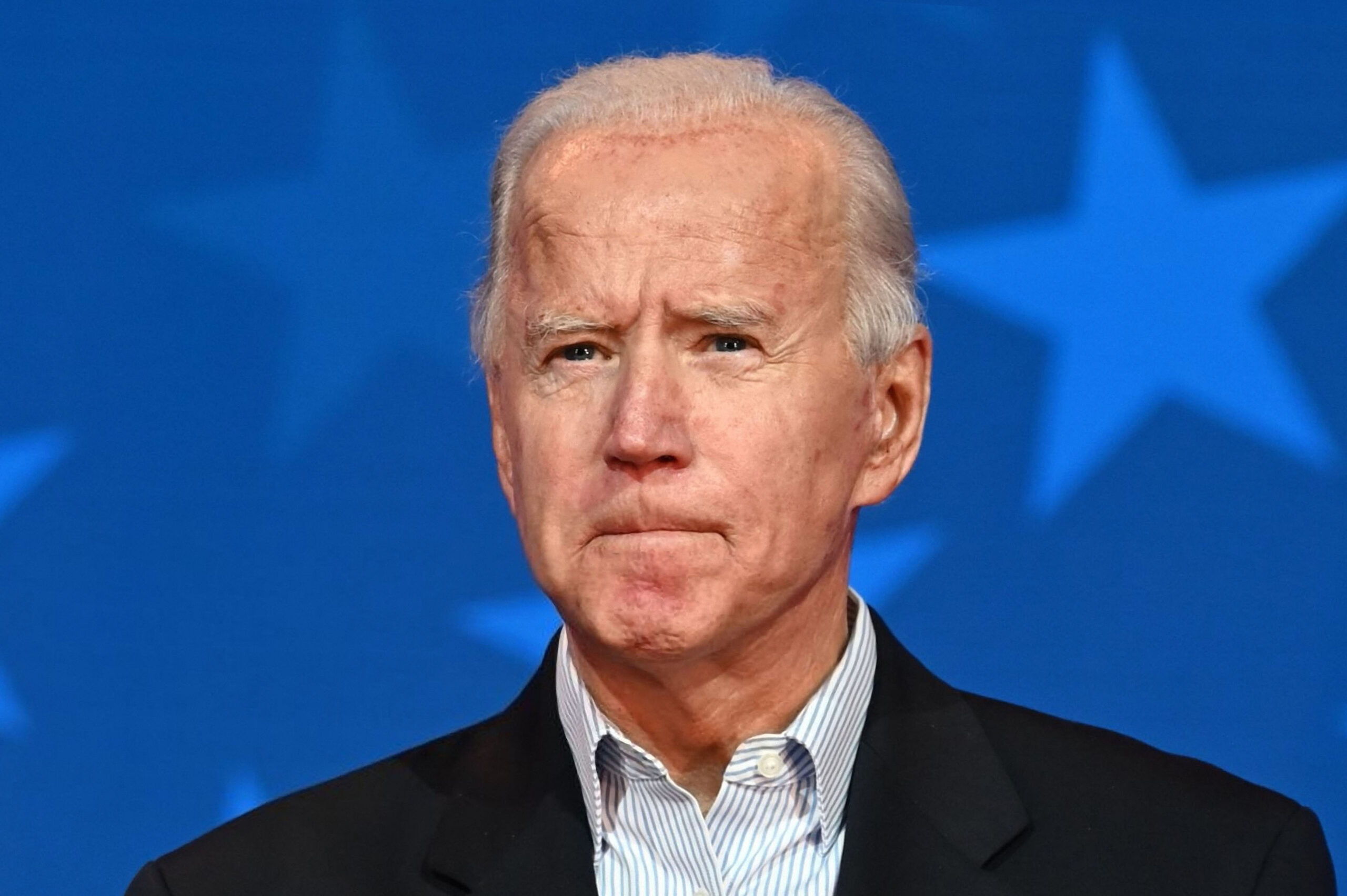 American weakness on the global stage

Quick summary: President Joe Biden’s withdrawal from Afghanistan is an unmitigated disaster. Our enemies are emboldened; our allies are furious; thousands of Americans are stranded behind enemy lines; and America’s reputation on the global stage is in tatters.

What is the path forward? In a new op-ed, Amb. Nikki Haley lays out three essential tasks for America.

1. We must get every American out of Afghanistan safely.

2. We must not give the Taliban the legitimacy of American recognition or aid.

Read the whole piece below.

By Nikki Haley: The Taliban’s return to power in Afghanistan is an unmitigated disaster.It is devastating to the Afghan people. The Taliban is among the most barbaric forces in the world. Its perverted version of radical Islam is once again being forced upon innocent people, with summary execution for those who oppose it. Millions of lives will now be savaged or lost.

It is heartbreaking for the thousands of American servicemen and women, my husband Michael among them, who risked their lives in Afghanistan to keep the Taliban from power. I thank God Michael came home safely. Many did not. Their sacrifices mattered, but they appear to matter less now.

These epic moral dimensions of President Biden’s failure must never be minimized. But there are also massive strategic dimensions for America’s national security that should draw our attention going forward. The cost of national humiliation is not cheap.

First, consider the fate of the brave Afghans who assisted the American cause. The Taliban will kill them first.

“Too little, too late” does not even begin to describe Biden’s pathetic attempts to rescue them from the chaos that followed his April announcement that all U.S. forces would quickly leave the country.

This fiasco sends the unmistakable message to future allies that we won’t have their backs. When you treat friends like that, you end up with no friends.

Second, remember why we went to Afghanistan in the first place. Of all the horrendous governments in the region, it was Taliban-led Afghanistan that provided the most reliable safe haven for Al Qaeda to plot the 9/11 attack on America. Because of President Biden’s ineptitude, on the twentieth anniversary of the worst ever attack on our homeland, the Taliban flag will once again fly over the Afghan seat of government.

There is no doubt that a Taliban government poses a far greater security threat to America than any Afghan government of the last twenty years. They aided and abetted the last major terrorist strike on our country.

They now have a clear opening to do it again.

Biden claims we have “over-the-horizon” capabilities to stop terrorist activities. Sure we do. But it’s naïve nonsense to believe that is anywhere near as effective as intelligence, air, and logistics capabilities on the ground.

We had a capable counter-terrorism operation in Afghanistan and Biden gave it all up. That makes us undeniably more vulnerable to terrorist attacks today.

Lastly, America’s interests around the world are badly diminished. China, Russia, and Iran closely watch what we do.

A weak America encourages China to swallow Taiwan. A retreating America gives Russia a green light to invade Ukraine. A disgraced America signals to Iran that we are not serious about defending Israel against the ayatollah’s pursuit of nuclear weapons.

Biden policies already showed tremendous weakness. Caving into Russia on the Nord Stream 2 pipeline, embracing the Chinese Olympics which should be known as the Genocide Olympics, and begging Iran to take our cash and return to the disastrous nuclear deal, all showed our enemies what Biden’s foreign policy is made of.

The Afghanistan embarrassment confirms it. America is less safe today.

We will be paying a large price for this debacle for a long time.

What should we do next?

First, we must get every American out of Afghanistan safely. Biden should make clear to the Taliban that U.S. forces will not leave the country with even one American left behind.

Second, we must not give the Taliban the legitimacy of American recognition or aid. It is not a legitimate government, and no amount of embrace from China and Russia will make it so. We should stop the Taliban from taking the Afghan seat at the United Nations.

Finally, America’s credibility requires some serious clean-up. Biden’s professed interest in human rights is in shambles. His oft-proclaimed desire to work more closely with our allies is now laughable. His posture toward our enemies is dangerously weak.

Most importantly, as a people, we must recover the lost feeling about what it means to be American and what our country stands for.

We must not allow the surrender in Afghanistan to cripple our national will. When we are a unified and strong nation, there is no more powerful force on earth.

Quick summary: You may remember when President Ronald Reagan said, “The nine most terrifying words in the English language are: I’m from the government, and I’m here to help.”President Joe Biden and the Democrats disagree. They haven’t met a problem – real or imagined – that can’t be solved with more government spending and meddling. And they’re using this approach to force their Green New Deal agenda on America.

What’s happening? Democrats don’t have the votes to pass the Green New Deal as a standalone bill, so they’re trying to use big-government giveaways and corporate welfare to enact their environmental agenda.

How? Last week, Congress passed a $1.2 trillion infrastructure bill. While some of the money will go toward rebuilding roads, expanding broadband, and fixing water systems, a significant portion will go to government slush funds and green subsidies. Here are a few examples:

What’s so bad about the government subsidizing the green industry? For starters, it doesn’t work. Companies create products they think people will want to buy. If people don’t want to buy a given product, companies stop producing it. That’s the beauty of capitalism. But government bureaucrats make investment decisions based on ideology, political connections, and other considerations. Government ends up picking which businesses succeed and which don’t—and it has nothing to do with what people actually want or solve the problem at hand.

Second, it’s fundamentally unfair. Subsidies create a vicious cycle that undermines innovation and shuts out small businesses. While wealthy companies hire lobbyists to secure special favors on Capitol Hill, smaller companies are hung out to dry. And those who want a piece of the subsidy pie focus on pleasing Washington rather than creating good products that people actually want to buy. Subsidies also distort investment. For example, as money flows toward the government’s favorite companies, it flows away from others that have high potential and discourages Americans from making their own investments.

Example: Look at Biden’s push for electric cars. Right now, electric vehicles (EVs) only make up about 3% of car sales. Americans haven’t bought in yet because EVs cost a lot, don’t drive far enough, and take too long to charge. Once innovators produce high-quality EVs that cost less, Americans will be more likely to buy them. But Biden doesn’t want Americans to have that choice. He’d rather force-feed EVs onto families by funneling federal dollars into the industry—and wasting taxpayer dollars in the process.

⚠️Warning #1: The government has a horrible track record on green subsidies. Remember Solyndra? In 2009, the Obama-Biden administration sent $535 million dollars to a solar panel start-up as part of its misguided “stimulus” bill. Two years later, the company went bankrupt and laid off more than 1,000 workers. Then there’s Tonopah Solar Energy, which received $737 million in loans from the Obama administration. The company went bust last year.

⚠️Warning #2: Biden’s Energy Secretary Jennifer Granholm doesn’t inspire confidence. As Michigan’s governor, Granholm spent $20 million to help a company build a biofuels plant that never materialized and sent $125 million to an electric car battery manufacturer that went bankrupt and sold most of its assets to China.

What are liberals doing?Demanding Congress (read: taxpayers) cough up more money for their government-controlled “investments.” This month, 28 House Democrats urged Congress to include another $85 billion in their $3.5 trillion spending package to build electric car chargers. But it’s not just cars. They’re also pushing for billions of dollars to electrify homes and government buildings.

Our take: Biden’s climate change strategy can be summed up in two words: corporate socialism. But the scariest part is that climate change is just the beginning. Democrats want to throw taxpayer dollars at everything they can think of. The result? Our economy will get more expensive and less innovative. What else would we expect from a party guided by the lie that “government knows best?”