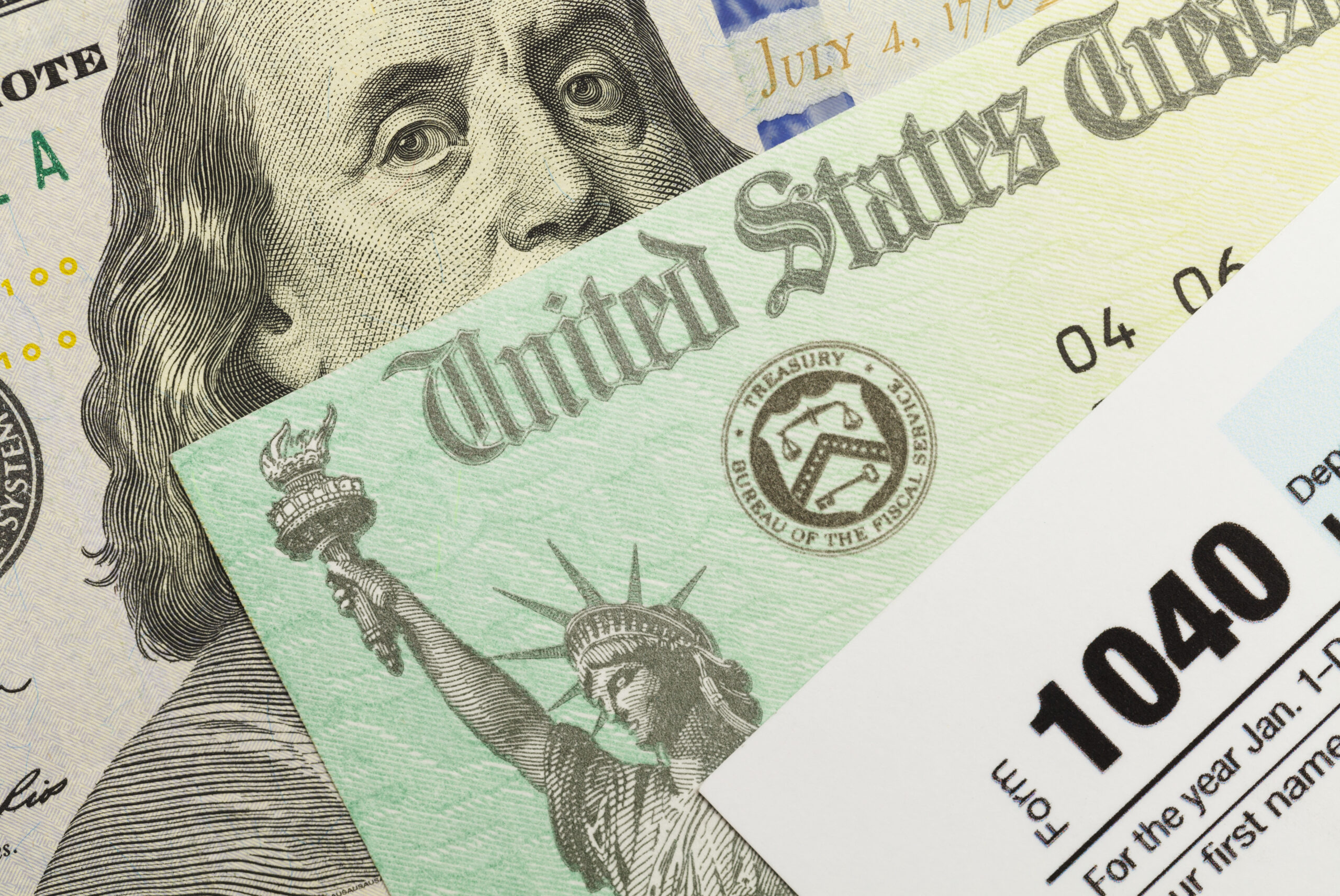 Quick summary: Democrats don’t just want to raise your taxes. They want to spy on your bank account and hit lower- and middle-class Americans with more tax audits. How? President Joe Biden’s $1.75 trillion socialist spending bill carves out tens of billions of dollars to funnel more power to the Internal Revenue Service (IRS). A powerful IRS brings even greater problems.

What’s happening? The Democrats’ package—which the House passed and the Senate is getting ready to vote on—would nearly double the current annual IRS budget. Specifically, it includes roughly $80 billion for the IRS to hire up to 87,000 new tax hounds to scrutinize Americans’ bank accounts. If passed, the bill would force banks to report individual accounts that involve as little as $10,000 worth of annual transactions to the IRS.

Why is this happening? The Democrats’ tax hikes won’t raise enough money to fund their monstrously expensive bill, so they need to find another way to squeeze more moolah out of Americans. They’re claiming that their IRS empowerment ploy would raise billions by exposing rich Americans who aren’t paying their taxes.

What’s the problem? Almost every American spends more than $10,000 a year. According to the Democrats’ plan, a family that spends just $200 a week could prompt IRS surveillance. That’s how much most families of four spend per week on groceries alone.

The liberals’ scheme would more than double Americans’ chances of being audited by the tax police and lead to an extra 1.2 million IRS audits per year—almost half of which are expected to target Americans who make less than $75,000 annually.

How do IRS audits work? The intended purpose of IRS audits is to make sure taxpayers aren’t cheating the system and paying less than they’re supposed to. The IRS is supposed to target audits toward Americans who make mistakes on their tax returns (i.e., math errors) or toward others who appear to be committing tax fraud. Last year, the IRS conducted a whopping 509,917 audits.

Now, the Democrats want to vastly expand the IRS’s ability to snoop into almost all Americans’ private monetary decisions so it can pinch more money from their wallets.

The IRS’s long history of taxpayer abuse makes the Democrats’ scheme even scarier. We’re sure you haven’t forgotten that the IRS under the Obama administration spent more than two years targeting conservative groups with onerous, unfair tax mandates. Just this year, an IRS crony—or an IRS hacker—leaked the private tax records of thousands of Americans to a liberal organization, which then used the data to promote the Democrats’ tax hike agenda. If Senate Democrats pass their bill, the IRS would have more money and manpower to pull shady stunts like these.

What are Republicans doing? Speaking out loud and clear against this unwarranted IRS intrusion. In the House, Rep. Kevin Brady (R-TX) warned, “Despite their claims, Democrats are not targeting high-net income individuals or big corporations with the IRS surveillance. They believe that it is families, farmers, and small businesses who are cheating on their taxes.” GOP senators—including Sen. Tim Scott (R-SC)—are also voicing the truth.

Our take: The Democrats have tried hard to disguise their IRS plot as an effort to punish rich Americans who abuse the tax system. But Republicans have blown their cover. All this IRS intrusion would do is give the tax police more power to violate Americans’ financial privacy.

→ Read more: Despite Democrats’ pledges, an expanded IRS will harass the middle class (The Hill)

Punching back at Putin

Quick summary: President Joe Biden’s feeble foreign policy is helping tyrants seize more power. Case in point: Biden has gone soft on Russia since he took office in January. And as a result, Russian dictator Vladimir Putin has wasted no time in escalating pressure on America—and America’s allies—to bend to his will. The longer Biden waits to stand firmly against Putin’s power grabs, the less safe America and the world will be.

What did Biden do? Despite outcries from Republicans and even some Democrats in Congress, Biden refused to block Russia’s Nord Stream 2 gas pipeline with sanctions back in May. Four short months later, Russia finished building the pipeline, and Putin’s already using it as a tool to establish energy dominance and manipulate our allies in Europe. The Kremlin warned the U.S. again this week not to shut it down. Here’s the worst part: Biden’s not just failing to sanction Nord Stream 2; his officials are actively trying to block last-ditch congressional efforts to stop it.

Biden’s also been preaching our “shared goals” with Russia when he should be prioritizing protecting Americans from the ballooning Kremlin threat.

What’s happening? After watching Biden cave on Nord Stream 2, fail to respond to Russian hacking, and go weak on other tyrants around the world (see China, Iran, and the Taliban), Putin is clenching control from every corner. Over the past few weeks, he’s ramped up threats against our democratic ally, Ukraine. Russia has amassed military equipment and nearly 100,000 troops near the Ukraine border and launched cyberattacks. Ukrainian officials have warned that Russia could invade as soon as January.

Putin is even turning his intimidation tactics toward the U.S. and our NATO allies. This week, he threatened to respond with force to anyone who sends troops or weapons to aid Ukraine. “The emergence of such threats represents a ‘red line’ for us,” Putin said.

Last but not least, Russia’s boosting its ability to attack nations that don’t toe its authoritarian line. Over the past month, its military has tested two new hypersonic missiles that can evade American missile shields. Putin said point-blank this week that Russia built these weapons to “target those who threaten us.”

What’s Biden’s response? A lot of talking and procrastinating. His administration is thinking about arming Ukraine with more weapons. And it’s discussing imposing new sanctions on Russia. But Biden has thus far failed to take decisive action to stop Russia from invading our ally and threatening America.

What are Republicans doing? Picking up Biden’s slack and fighting Russia’s power grabs. In addition to backing a measure that would send more military aid to Ukraine, GOP senators demanded that Congress include an amendment to impose sanctions on Nord Stream 2 in the annual U.S. defense bill. Sen. Jim Risch (R-ID) explained, “We’ve tried everything with the administration to try to get this done, and they won’t do it….You gotta keep hammering.” Ukraine has been begging senators of all stripes to get behind this GOP proposal. The Russian threat is so serious, even some Democrats are pushing for more sanctions.

Our take: President Biden’s main job is protecting Americans from foreign threats. Tyrannical Russia is one of the biggest security threats we—and the world—face. Putin’s thirst for power will never be quenched. The more he takes, the more he’ll demand. Biden’s failure to stand strong against a dictator is putting Americans in danger.