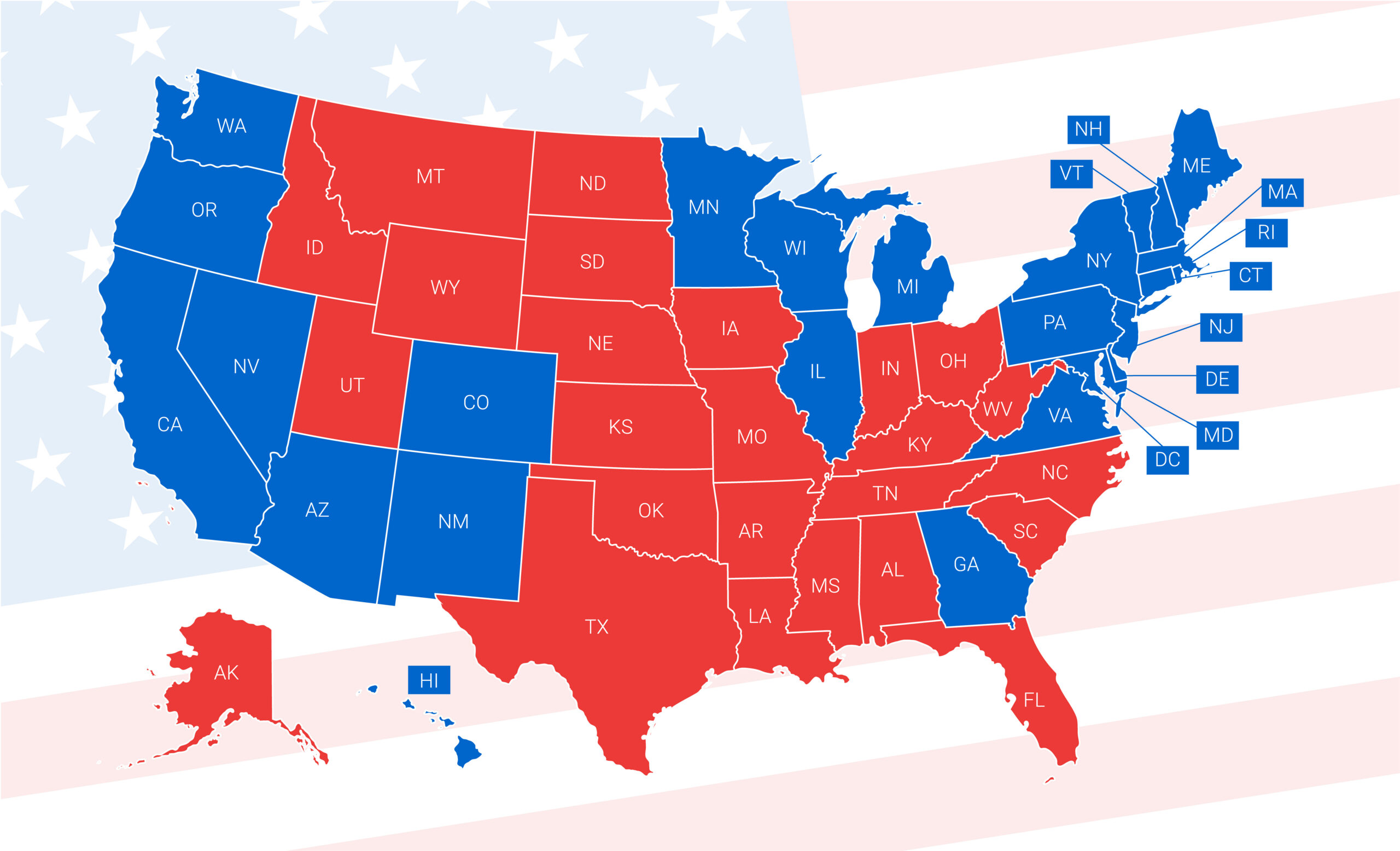 Quick summary: You’ve heard the saying, “money talks.” You know what else talks? Moving vans. Americans are leaving blue states and their bad policies in droves—and moving to red states where opportunity is abundant and family life is better.

What’s happening? This week we learned that New Jersey, Illinois, New York, Connecticut, and California had the greatest percentage of people move away in 2021. What do these five states have in common? They’re all led by liberals who’ve made life worse for their citizens.

What bad policies? Let us count the ways…

First, high taxes. California, New Jersey, and New York all rank in the top ten states with the highest income taxes—and the Golden State is #1. Connecticut and New Jersey are in the top five states for highest property taxes. Since Illinois’ Democrat governor took office in 2019, he’s added or increased at least 24 taxes and fees, costing residents more than $5 billion. Leaving those states is often a great way to keep more of your hard-earned money.

Next, surging crime. Liberals push policies that let criminals off the hook. The result? California is suffering a surge of smash-and-grab robberies. Illinois is home to Chicago, which saw more murders last year than any other American city. Shooting and homicide rates in New York City increased last year. Killings skyrocketed 23% in New Jersey. Who wants to live around rampant and rising violent crime?

And finally, government control. All of the states that people are leaving saw some of America’s harshest lockdowns and restrictions over the past two years. From using the pandemic to shut down small businesses to closing schools and leaving students in the lurch, Democrats have made it harder to live, work, and raise a family. People want to live where they can build the best life—and California ain’t it.

But where are people moving to? Mostly red states. South Dakota, South Carolina, West Virginia, and Florida were in the top five states with the greatest percentage of people moving in. What do they have in common? They’re all led by Republicans with conservative policies.

What kinds of good policies are we talking about? Laws that empower workers, protect families, give kids a world-class education, and create economies that work for everyone. Here are just a few examples:

Our take: Life in blue states is increasingly unaffordable, unsafe, and generally unhappy. We bet a lot more people see the light—and seek out good policies in red states—in 2022.

Quick summary: Communist China is ramping up its spying—not just within China, but in America, too. The Chinese Communist Party’s goal is simple: It wants to use its spy networks to silence its enemies and censor the free world.

What’s the backstory? China’s spying goes back to Mao Zedong, a brutal tyrant who built a regime based on monitoring and controlling people. Today, the Chinese Communist Party has at least 200 million cameras, facial recognition, and the most invasive spying system the world has ever seen. It’s fueling Beijing’s genocide against the Uyghurs in Xinjiang, its takeover of Hong Kong, and its threats against Taiwan.

What’s happening right now? China’s spies are coming for America. We just learned that Beijing is harvesting massive amounts of information on people who are critical of its oppression and aggression—including Americans. Instead of just censoring through their state-run social media sites, Chinese spies are invading foreign social media platforms—like Twitter and Facebook—so they can gain more control over how and what the world communicates.

It keeps getting worse:

What is China’s endgame? To see all, know all, and control all. China’s communist leaders are pouring billions of dollars (at least) into spying on as many people as possible—with the ultimate aim of shutting up people who speak the truth about its abuses and propping up its communist propaganda. If the Biden administration turns a blind eye, China’s massive spy ring will soon be powerful enough to stifle Americans. It may be already.

As one expert put it, China’s actions are “frankly terrifying.”

Our take: It’s never been more important to hold China accountable and protect Americans. Republicans in Congress want to do just that—see Rep. Jim Banks’ (R-IN) Countering Chinese Propaganda Act and the Republican Study Committee’s big China bill, which is packed full of policies that push back on Beijing. If China wants to spy, America must respond—quickly, strongly, and aggressively.