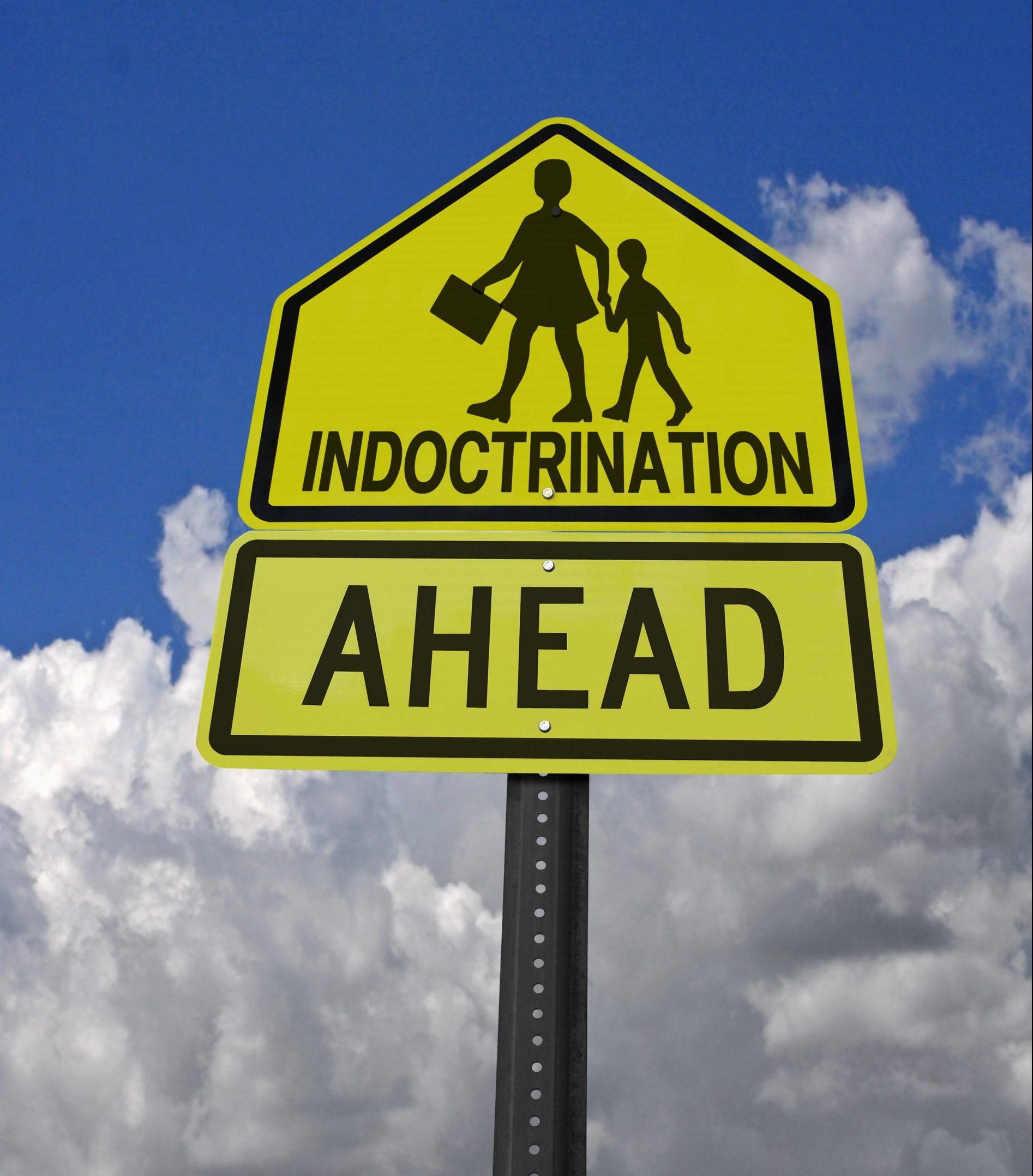 Quick summary: Liberals are smearing opponents of race-based education, AKA critical race theory (CRT), as an attack on truth. But it’s not. Parents and lawmakers are right to be concerned for our students’ education. They’re rising up to challenge schools caught teaching kids that America is systemically racist and that individuals are defined by their skin color or gender.

What’s happening? GOP lawmakers and leaders in at least 20 states are taking steps to prevent teachings associated with CRT. Parents are also stepping up at the local level to replace school boards that force CRT on students.

What do we mean by CRT? Critical race theory is an idea rooted in Marxism that puts race at the center of society. It labels people as “victims” or “oppressors” based on their race or gender. It also teaches that America was founded on white supremacy and that racism still pervades all of America’s institutions today.

What is the far left saying? Some are denying that CRT is being taught in schools. Others are trying to frame the fight against CRT as an assault on American democracy. These claims are flat-out false. Let’s break them down.

Falsehood #1: Randi Weingarten, president of the second largest teachers union, claimed that CRT is “not taught in K-12 schools.” 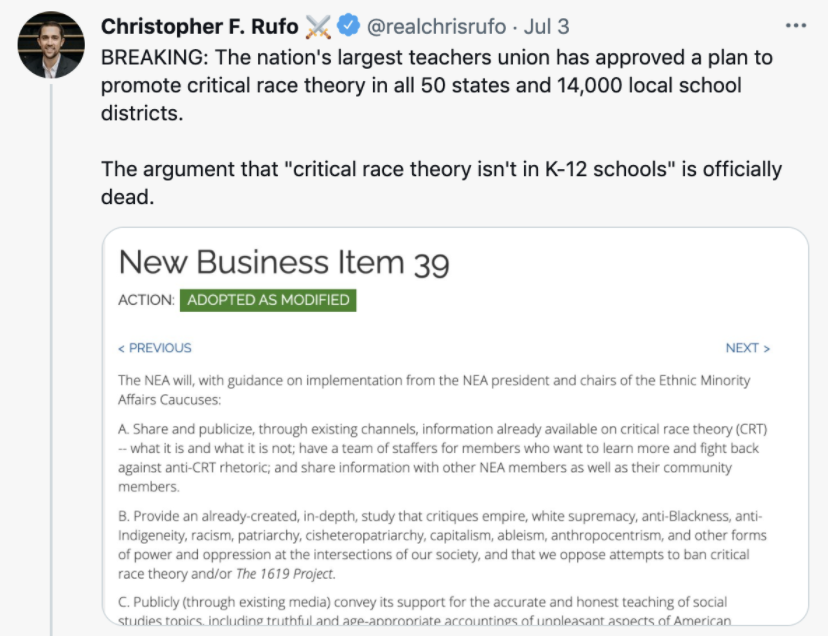 Falsehood #2: An Atlantic reporter claimed that opponents of CRT are trying to keep kids from hearing the truth about racism and slavery. MSNBC news anchor Joy Reid said CRT opponents are part of an “all-out war for power” that’s “steeped in… white nationalism.”

Falsehood #3: A New York Times Magazine journalist accused CRT opponents of waging a “war on democracy.” He even likens the battle against race-based education to Russia’s efforts to stifle the truth about Stalin’s atrocities. 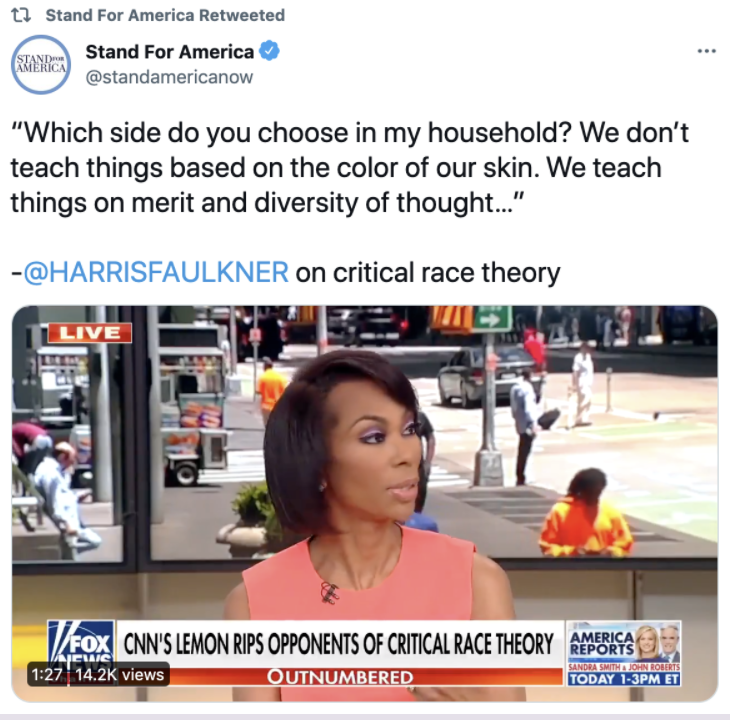 Our take: America’s students deserve to know the full truth about our country—victories and mistakes included. But there’s a difference between teaching and brainwashing. Students should be given the facts and encouraged to think critically about our nation’s past and present. They should not be taught to hate America, to question their self-worth based on characteristics they can’t control, or to discriminate against their classmates. CRT is racist and anti-American, and we applaud the students, parents, teachers, and lawmakers who are winning the battle against CRT by standing up for the truth.

→ Read more: What I discovered about critical race theory in public schools and why it shouldn’t be taught (Yahoo News)