​Quick summary: American innovation is the secret to our nation’s success. From life-saving medicines to technological inventions, American ingenuity is essential to our national security, economy, and quality of life. But our dominance faces new threats from Communist China, especially when it comes to critical technology like semiconductors.

What are semiconductors? Semiconductors are chips that power much of our technology. Everything from cars, airplanes, cell phones, televisions, radios, refrigerators, LED light bulbs, ATMs, toaster ovens, and medical equipment need semiconductors to function. Think of them as the brains behind electronics.

Where do semiconductors come from? These essential chips travel through a complex supply chain. America designs the chips. Taiwan or South Korea manufactures the chips. Then the chips go to China, where they’re placed into many of the electronics we use every day.

What’s the problem? America is losing ground in the semiconductor industry. Our share of global chip production has fallen from 37% to 12% in the past 30 years. And the one U.S.-based company that designs and makes chips announced last year that it may soon outsource its manufacturing to Taiwan.

Meanwhile, Beijing is dead set on becoming a power player in the semiconductor industry. It’s recruiting tech professionals from the U.S. and Taiwan and has spent nearly $150 billion to boost its semiconductor sector. China’s also threatening to overtake Taiwan, which makes a huge portion of the world’s chips.

Why does it matter? We learned during the coronavirus pandemic that America should never rely on China for essential supplies. Semiconductors are as essential as it gets. If China controls the semiconductor industry, it can cut off supplies at any moment. Without semiconductors, we can’t power our phones, computers, cars, and so many other daily items.

What are lawmakers doing? On Tuesday, the Senate passed legislation aimed at strengthening America’s ability to compete with China on technology. But 31 Republican senators voted against the legislation, and their concerns are legitimate. They opposed the bill’s massive $250 billion price tag and the laundry list of corporate and special-interest giveaways.

Our take: It’s important to make sure America can produce essential products like semiconductors. We should never be at the mercy of China. But we should be careful of falling down the crony capitalist rabbit hole. American taxpayers should not be in the business of doling out subsidies to big business. We should not be China to beat China.

→ Read more: China is stealing our technology and intellectual property. Congress must stop it (National Review)

Quick summary: We’re starting to see the devastating consequences of Bidenomics: a weak economy with fewer opportunities for Americans to rise. The president’s tax-and-spend agenda drives us deeper into debt, hurts workers and families, and sets up future generations for failure.

The devil’s in the details: Biden took office just as our economy was coming back after a year of pandemic shutdowns. But his agenda has already incited a disastrous domino effect: 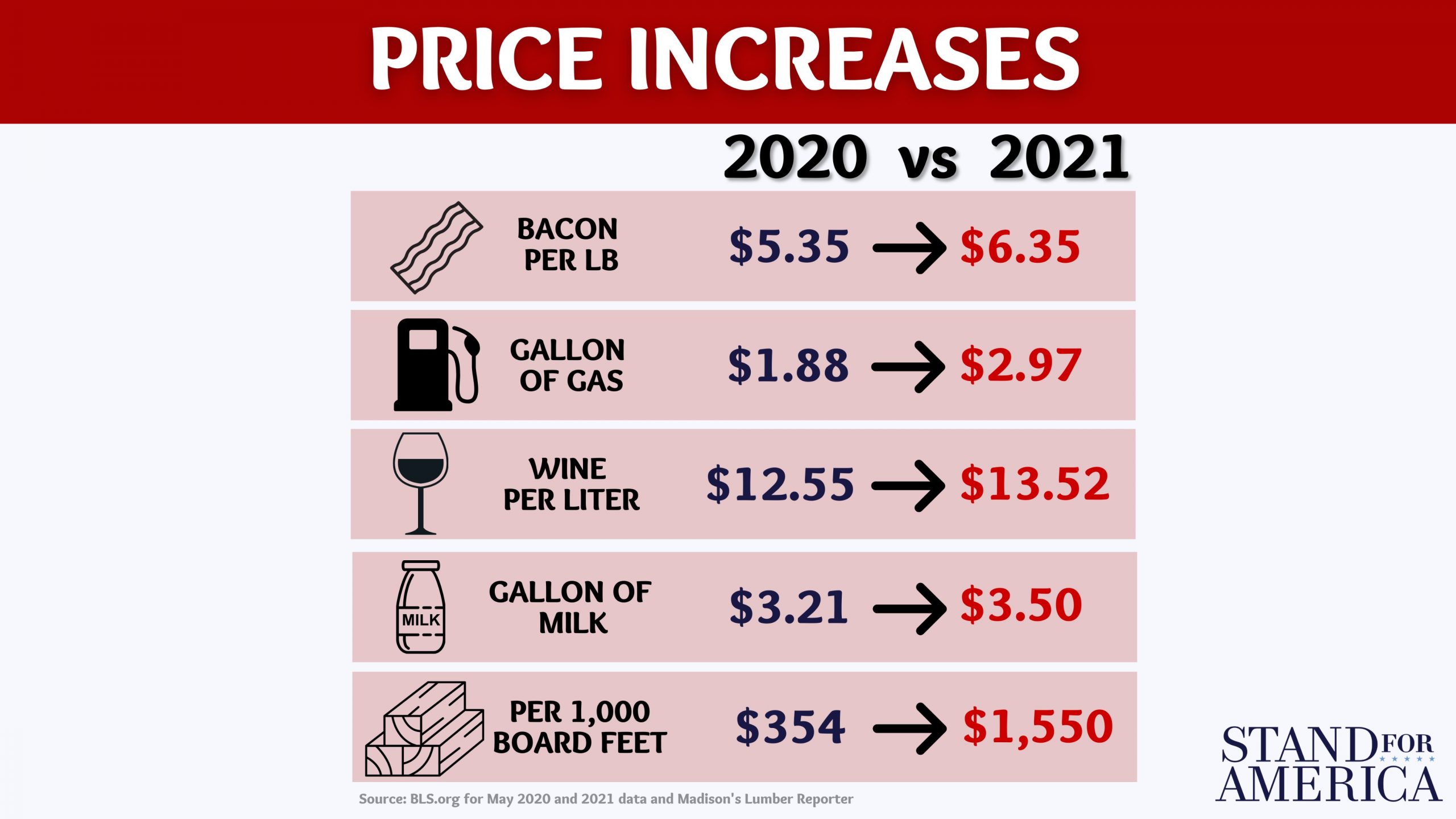 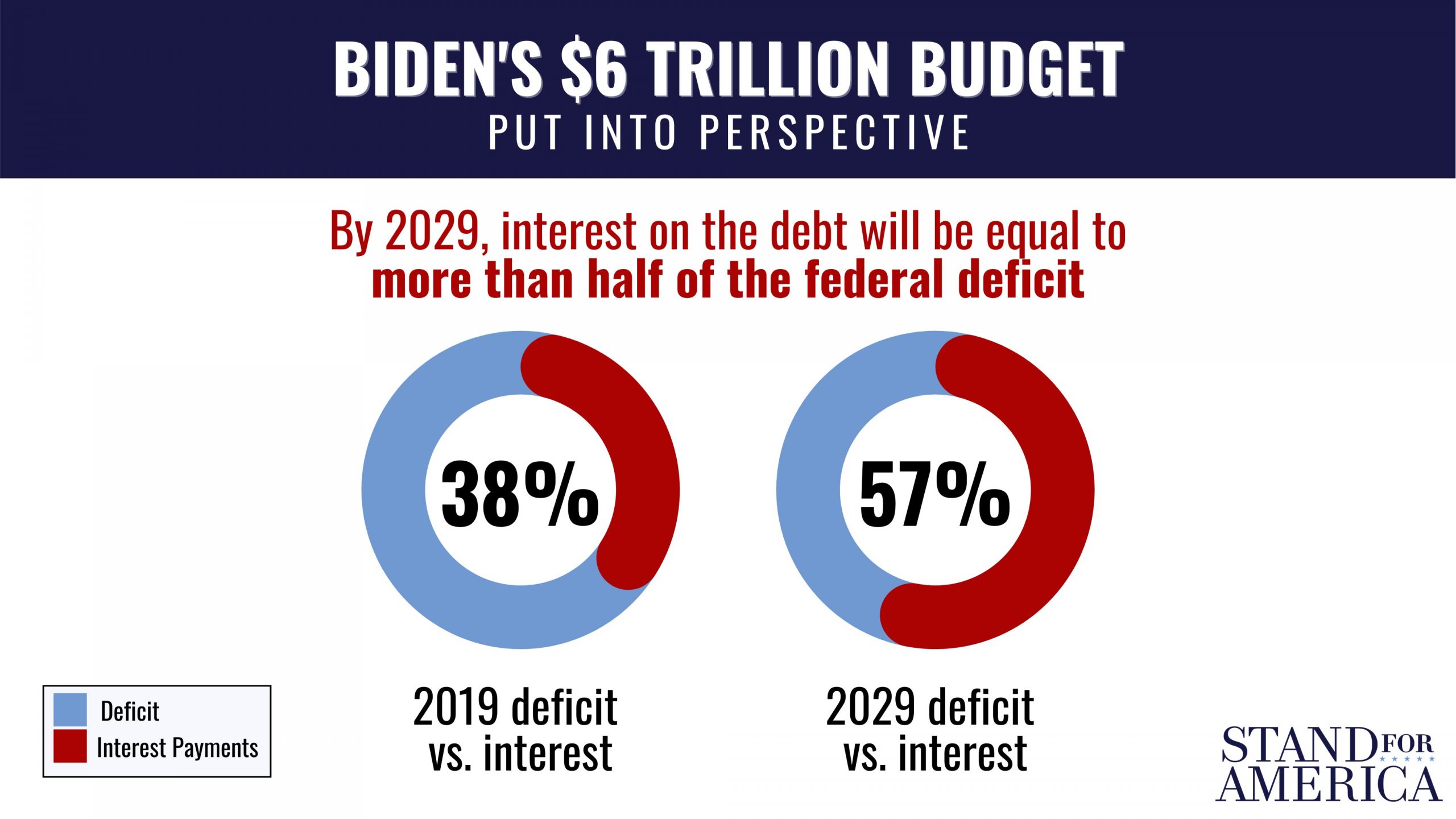 What is the GOP doing? Putting workers first. Twenty-five Republican-led states have ended Biden’s extra jobless handouts. As Arizona Governor Doug Ducey (R-AZ) put it, “Although more people are ready to work today in Arizona than before the pandemic, many businesses are struggling to fill vital positions. We cannot let unemployment benefits be a barrier to getting people back to work.”

Our take: Biden is determined to drag America down a dangerous economic path. He entered the White House determined to spend trillions of dollars, raise taxes, redistribute wealth, and increase our debt to unprecedented levels. But it’s gotten worse. Even now with the obvious warning signs, Biden and his fellow Democrats refuse to change course. The results could be disastrous for Americans and for generations to come.