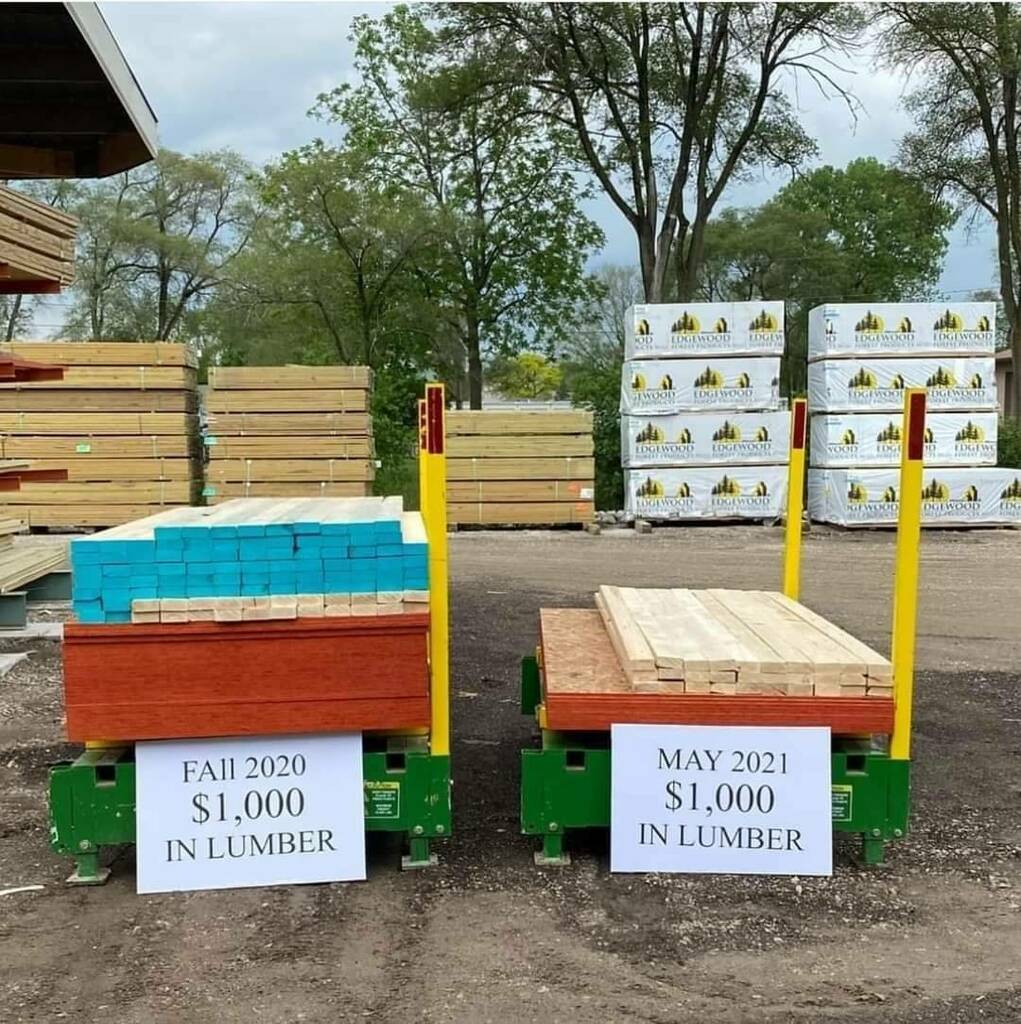 Quick summary: You’ve probably heard the word “inflation” a lot these days. It may seem like an ambiguous economic term, but its meaning is simple. Inflation = higher prices. (Fact check us in the Oxford Dictionary if you’re skeptical.)

When prices go up, the value of the dollar goes down. A man who saved $1,000 before inflation would still have $1,000 after, but he wouldn’t be able to purchase as many goods or services as before—so he’s essentially poorer.

What’s happening? Many believe Joe Biden’s excessive spending could generate large-scale and long-term inflation. Even liberal economists like Larry Summers—a former Obama-Biden official—warned that Biden’s spending will “set off inflationary pressures of a kind we have not seen in a generation.” Sure enough, in April, America experienced the fastest acceleration of inflation we’ve seen in more than a decade. Prices for everyday goods—from gas to groceries to computers to cars to lumber—skyrocketed.

Biden is dismissing the inflation threat as he and the Democrats push for more reckless spending. He just proposed a $6 trillion budget to help finance the Democrats’ “infrastructure” and social welfare packages. And Democrat lawmakers clearly aren’t concerned about inflation. Take Sen. Brian Schatz, (D-HI) who said last week: “We should deficit finance infrastructure. Money is cheap. … You just shouldn’t pay cash for infrastructure in a low interest rate environment.”

Don’t listen to those who say inflation isn’t cause for concern. It’s concerning. Inflation doesn’t just impact the wealthy or people in a far-distant future. Rising prices hurt everyday Americans, here and now. High costs can lead to insufficient supplies of even the most basic goods. Some may remember the 1970s, when inflation spikes led to empty grocery store shelves and mile-long gas station lines.

In an op-ed warning against inflation this week, Rep. Tom McClintock (R-CA) put it this way: “The Democrats’ sick joke is this: Everything that the government has handed out to your family is already being taken back from your family through higher prices.”

Inflation also disrupts investment and damages the economy. High inflation makes for an unpredictable economy in which people are reluctant to invest. Also, when prices rise—or when people expect prices to rise—lenders bump up interest rates on things like car loans and mortgages. High interest rates = less investment = worse economy. 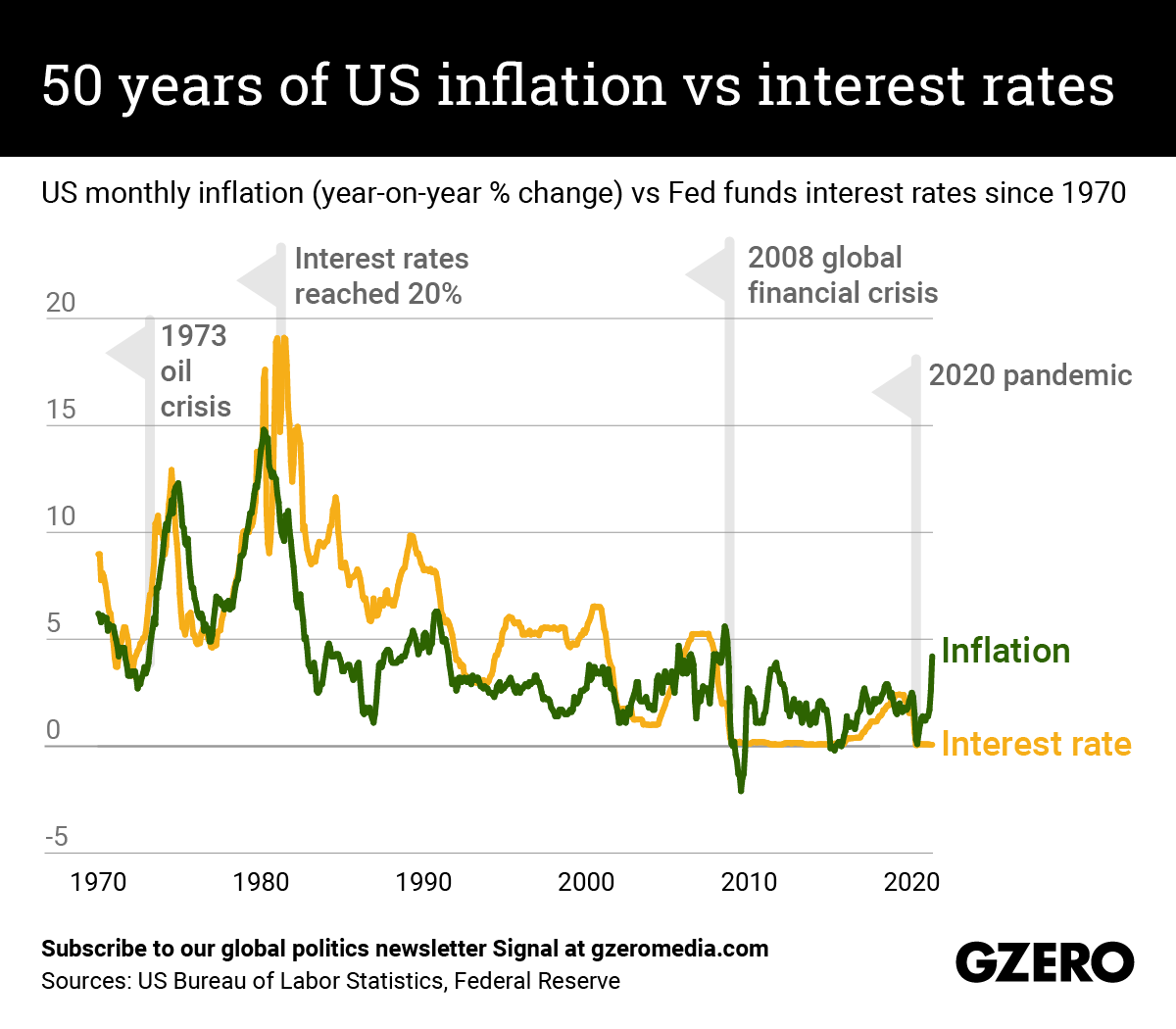 Our take: As America’s economy experiences whiplash from a global pandemic and the Democrats’ spending addiction, the inflation threat is very real. It’s time for Biden and members of Congress to take it seriously and not make the problem worse with monstrous, unnecessary spending.

Quick summary: Woke corporations love to preach social justice at home while bolstering injustice abroad. In her latest op-ed, Amb. Nikki Haley sheds light on American corporations that claim to fight for democracy while they prop up one of the world’s most tyrannical countries—Communist China.

What has China done? As Nikki says, “Communist China’s horrible record is on full display.” It trampled freedomf in Tibet and Hong Kong and is trying to do the same in Taiwan. The Chinese Communist Party is covering up the origins of the coronavirus. It censors and stifles its own citizens. And worst of all, Beijing is committing genocide against Uighurs and forcing them into slave labor. 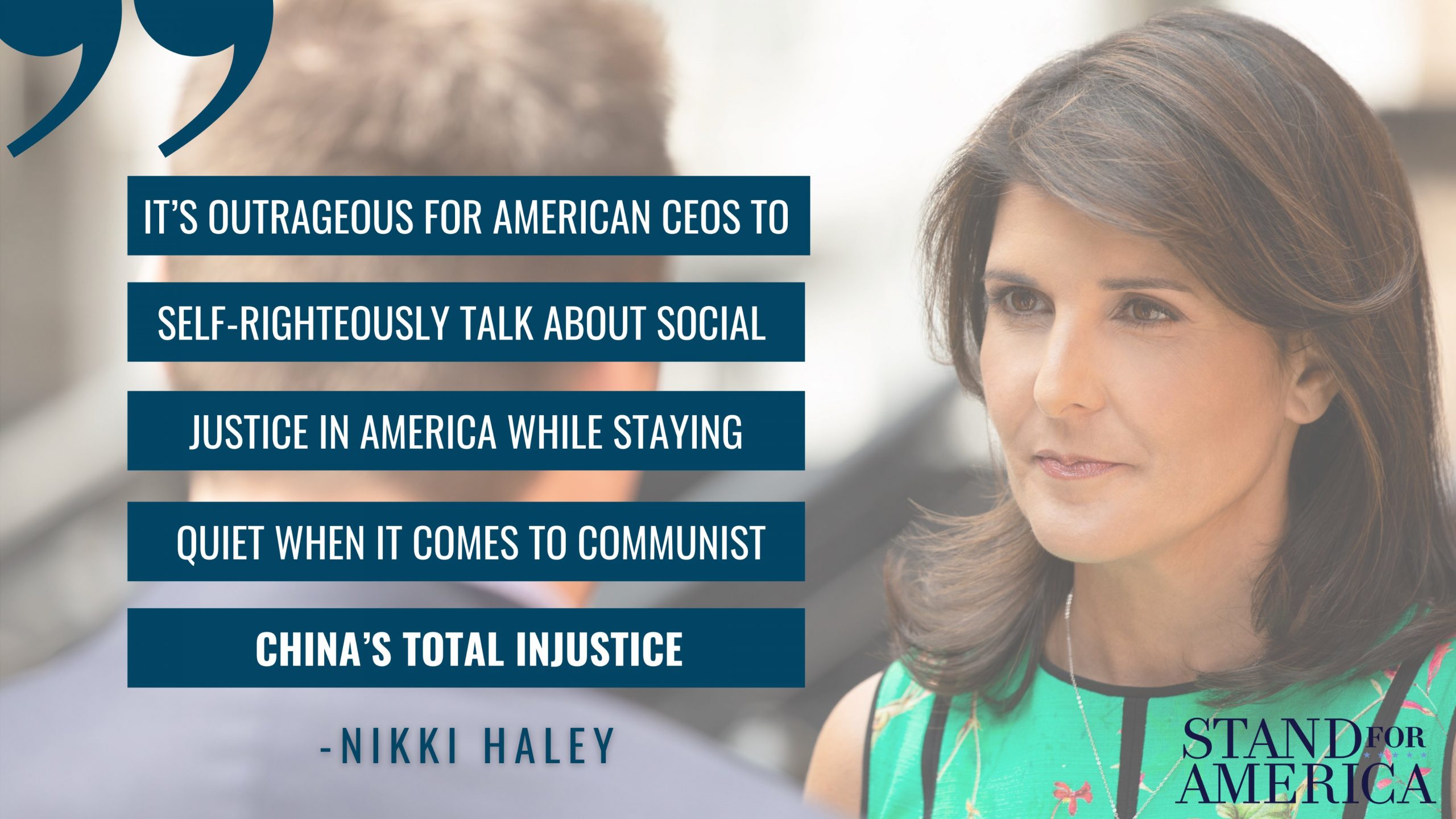 How has the Biden administration reacted? Not strongly enough. Biden threatened China with “repercussions” for its crimes against humanity, but his Green New Deal agenda could actually encourage slave labor in China.

Here’s how: Biden aims to reduce U.S. emissions by 50% over the next decade. This means we’d have to transition to clean energy sources—such as solar power. Right now, Communist China is the world’s largest supplier of solar panels, and many of the panels are made by slave laborers in Xinjiang. Even Climate Czar John Kerry admitted to Congress last month that solar panels being produced by forced labor is a “problem.”

Our take: As Representative Michael McCaul (R-TX) points out, “If we allow the Chinese Communist Party to compromise our morals through commerce, we actively undermine our democratic principles and values.” Corporate America is not immune from public opinion. We saw how quickly companies caved to liberal activists in Georgia. It’s up to us to use the power of our voices—and our wallets—to send corporate America a strong message. If they truly care about human rights and democracy, they need to put their money where their mouths are. And they should never cave to Communist China.

→ Read more: Nikki Haley: US corporations need to shed their China hypocrisy, practice what they preach to Americans (Fox Business)