The Squad’s hatred of Israel

Quick summary: Over the past 15 days, we’ve seen how years of the far left whipping up anti-Israel sentiment has consequences. Not only have Democrats tried to weaken our defense for our friend and ally, Israel; the party is increasingly sympathetic toward radical voices that question the very existence of the Jewish State. One thing is clear: It’s Democrats and the Squad against Israel. ​ 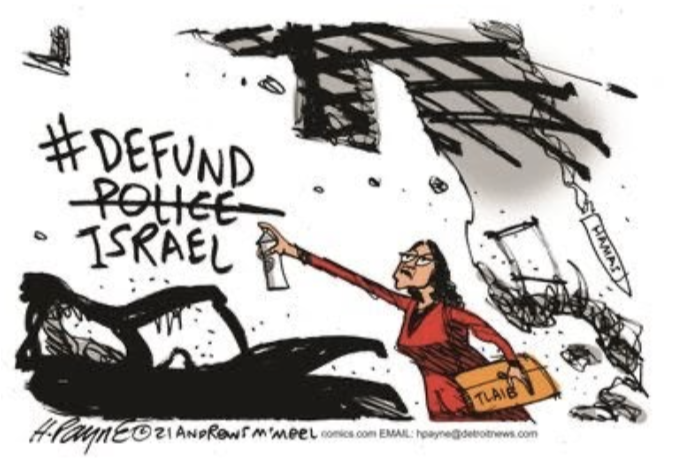 What’s happening? After Hamas started launching more than 4,000 rockets at Israel nearly two weeks ago, members of the Squad—like Alexandria Ocasio-Cortez (D-NY), Ilhan Omar (D-MN), and Rashida Tlaib (D-MI)—blamed Israel for the violence and labeled the nation an “apartheid” state. (Fact check: It’s not. Israel is a democracy that upholds equal rights for all its citizens.)

But their attacks on Israel aren’t just verbal: On Wednesday, AOC and Tlaib introduced a resolution to stop $735 million of aid to Israel’s military. Senator Bernie Sanders (I-VT) introduced similar legislation in the Senate. And House Democrats stalled a GOP bill to punish organizations that fund Hamas. They literally want to weaken Israel’s ability to defend itself against terrorists whose goal is to decimate the entire Jewish State.

This isn’t new: Squad members have been advancing an anti-Israel agenda and spreading anti-Semitic speech for years:

The Squad’s rhetoric and actions are dangerous: Not only do they embolden terrorists and weaken Israel. They encourage others to hate Israel. We are seeing the Squad’s campaign waged in real time, as far-left celebrities—from models to comedians—help them spread misleading and blatantly false information.

Meanwhile, liberal news outlets report what the Squad says and does as if it’s legitimate, and sometimes spread anti-Semitic content themselves. For the past two weeks, the liberal media has parroted the Squad’s falsehood that Israel is to blame for the violence that occurred in the Middle East.

As hate spreads, we are seeing anti-Semitic attacks on the rise around the world—including in America. Last year, Jews reported more than 2,000 anti-Semitic incidents, one of the highest numbers recorded in the past 40 years. Just this week, the Los Angeles Times reported that a group waving Palestinian flags attacked Jewish diners at a restaurant and chanted “death to Jews.” Anti-Israel incidents have also been reported this week in New York, Florida, Illinois, Utah, and Arizona.
​ 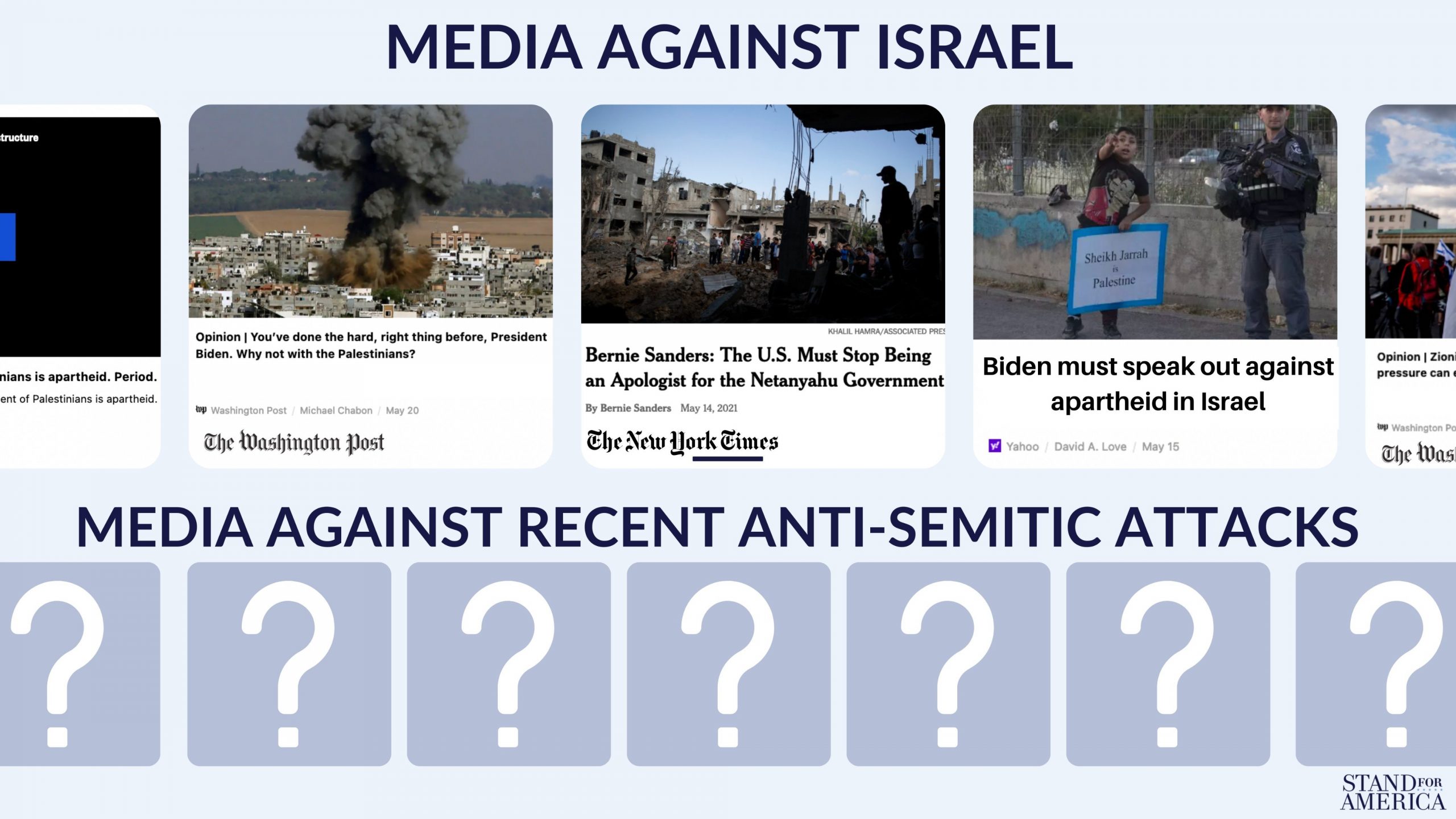 As long as radicals continue perpetuating anti-Israel propaganda and pushing misguided policies, intolerance against the Jewish people and Israel will only get worse.

Quick summary: America is still reeling from a massive Russian cyber attack on our country’s largest fuel pipeline that created gas shortages up and down the East Coast. Yet President Joe Biden is careening forward with Green New Deal policies that endanger American energy and hurt American workers and families—while strengthening our enemies.

What happened? Earlier this month, Russian hackers broke into Colonial Pipeline’s digital networks, completely shut down the pipeline, and demanded a ransom to bring it back up. The consequences were stunning: 11 states faced fuel shortages, gas prices spiked, and public panic ensued. Some pumps were still dry this week, as Colonial tries to recover from the damage.

One thing is clear: Protecting America’s energy supply from malicious foreign actors—as well as natural disasters and anything else that threatens our energy independence—should be a top priority for Joe Biden.

What is Biden doing, and why is it bad?

Biden also signed an executive order to prohibit new oil and gas leasing on federal land. Not only does this limit America’s ability to produce our own energy; it hurts states that rely on oil revenues to fund important programs, from education to health care to public safety. 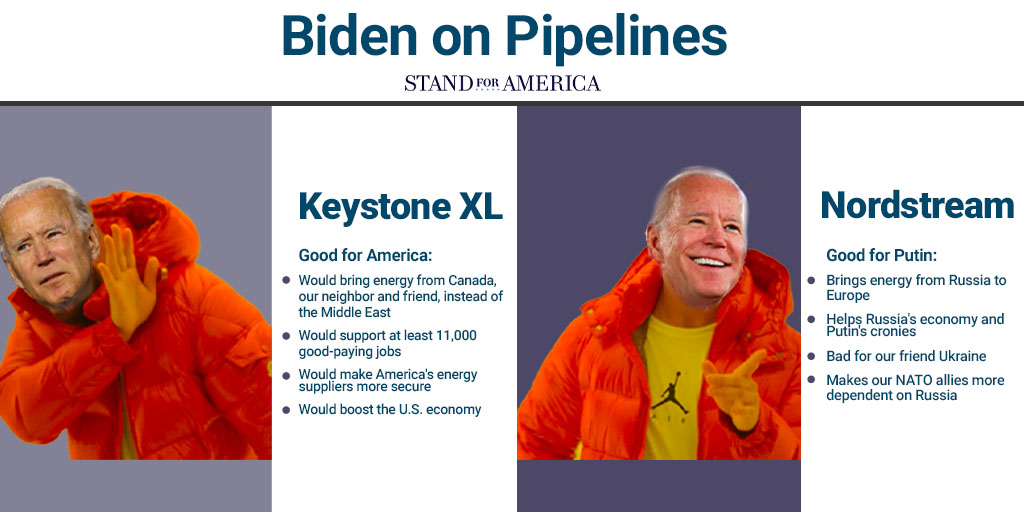 First, these moves could make our electrical grids even more vulnerable to cyber criminals. Second, they could harm families—especially the poor—by hiking up energy costs. Thirdly, some expect Biden’s infrastructure bill won’t actually create any new jobs for American workers. Finally, relying on renewable sources like solar energy risks perpetuating slave labor in Communist China. In short, Biden’s infrastructure bill is bad news all around.
How are Republicans fighting back? This week, GOP attorneys general from 19 states called on Biden to put America’s national security first by reinstating the Keystone XL pipeline permit. Republican-led states have also united to sue the Biden administration for cancelling Keystone and halting drilling on federal land.

GOP members of Congress spoke out this week against Biden’s decision to help Russia finish Nord Stream 2. As Representative Michael McCaul (R-TX) said, “If the Putin regime is allowed to finish this pipeline, it will be because the Biden administration chose to let it happen.”

Our take: Biden’s energy policies are weak and foolish. He should be strengthening America’s energy independence by securing and expanding our fuel supplies. Instead, he’s kowtowing to climate change activists and bowing to Russia.