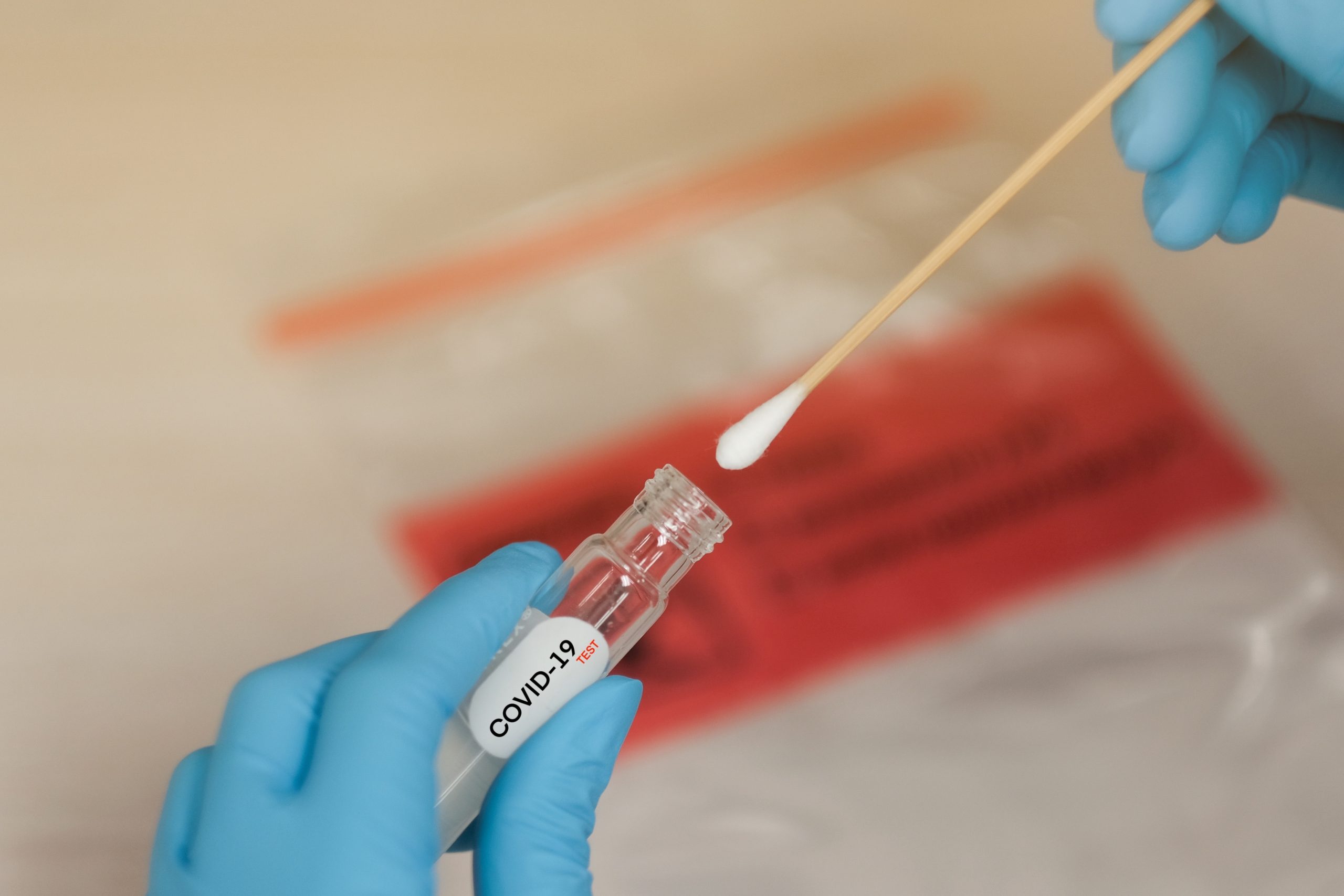 Quick summary: There’s growing concern that the coronavirus leaked from a lab in Communist China. It’s more urgent than ever to get to the bottom of the virus’s origins and Communist China’s cover-ups, especially since China is desperately trying to throw the world off their scent.

Remember: The lab leak theory isn’t new. Many on the right—including Trump administration officials, GOP congressmen, and conservative outlets—have been discussing it for over a year. Last week, House Republicans released a report detailing evidence that suggests a leak from the massive virus lab in Wuhan, where the pandemic first emerged.

But liberals have denied and dismissed this idea from the start: The mainstream media, Anthony Fauci, and Big Tech companies have refused to even consider the possibility. One New York Times reporter called the theory “racist” as recently as Wednesday. 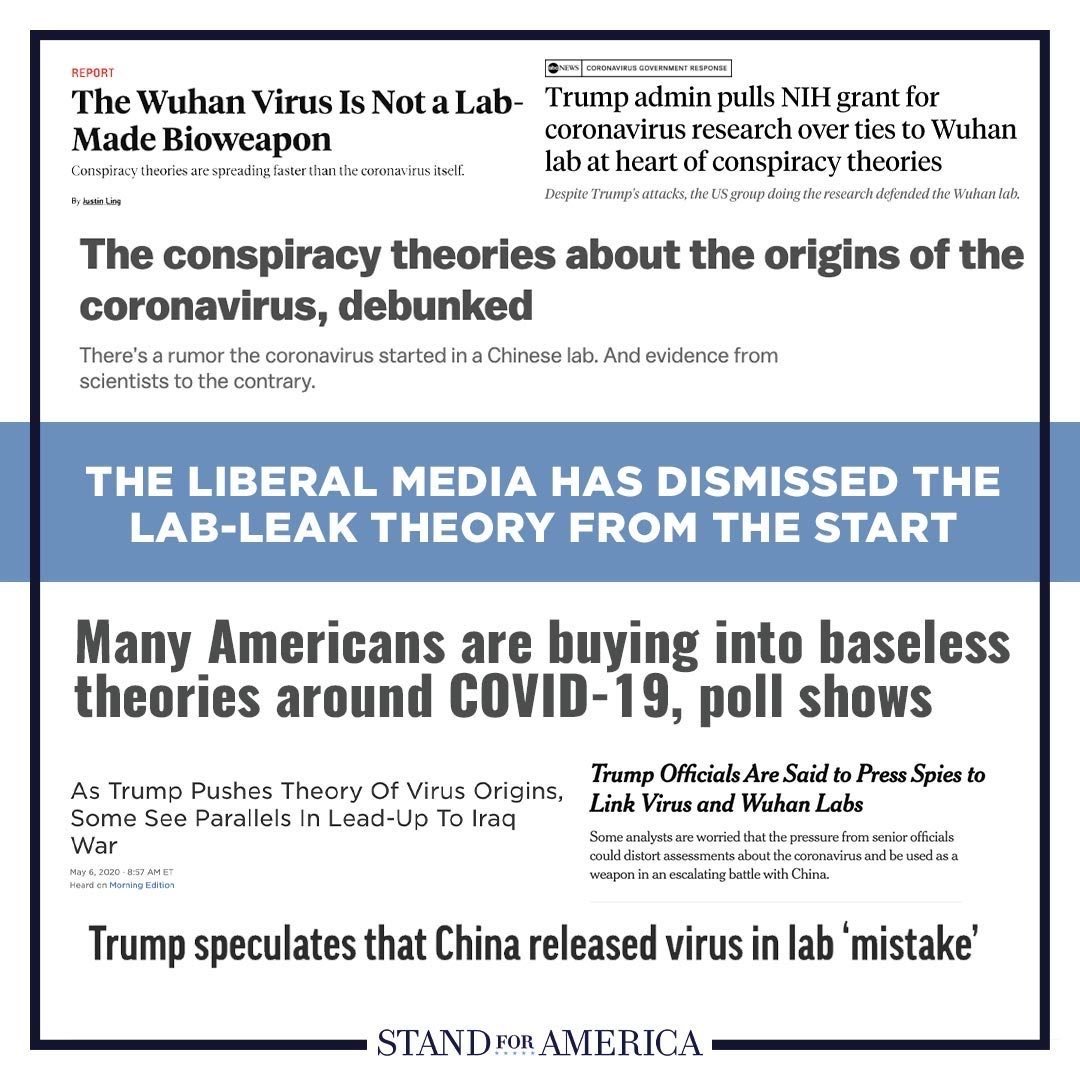 We can’t trust Communist China: It has long lied about the coronavirus. For weeks, China told everyone that the virus wasn’t contagious. Beijing pressured doctors to lie about the severity of the virus. It repeatedly denied the world access to critical data—including information about the first confirmed cases and data from Wuhan’s lab logs. And the Chinese Communist Party has denied all possibility of a lab leak while circulating claims that the U.S. military started the pandemic.

We also can’t trust the United Nations: Last March, as the pandemic raced across the world, the Trump administration pushed for the UN Security Council to recognize that the virus started in China. But the UN body caved to pressure from China and refused to do so. Then the WHO helped China hide the truth. It let the Communist regime control and distort its “investigation” into the virus’s origins by withholding crucial data, resulting in a biased report that dismissed a lab leak as “extremely unlikely.”

What changed? This week, the Wall Street Journal shed more light on the lab-leak theory and caused many on the far left to reverse course in their denial of it. The report revealed that three researchers from a Wuhan lab got sick with COVID-like symptoms in November of 2019—a month before China claims the first coronavirus case arose. The Wuhan lab has a long history of studying coronaviruses, including the closest known relative to the current strain.

Even Joe Biden is now backtracking: In January, Biden’s team reportedly shut down a Trump-initiated inquiry into how the virus began, despite the fact that it had produced telling details about a potential lab leak. But now that taboo over the theory has lifted, Biden’s trying to cover his tracks by calling for another investigation.

Republicans are demanding answers: On Wednesday, the Senate passed a GOP-led bill requiring Biden to declassify coronavirus information. In March, Representatives Cathy Rodgers (R-WA), Brett Guthrie (R-KY), and Morgan Griffith (R-VA) sent a letter to the National Institutes of Health requesting documents that detail the agency’s work with Wuhan labs. Earlier this month, these leaders asked the Biden administration to release documents concerning the origins of the virus. And Representative Mike Gallagher (R-WI) called on Dr. Fauci to answer how much federal funding has gone to the Wuhan lab, and whether it has supported dangerous research. As his letter states:

“Understanding the cause of this pandemic—and ensuring that something like it never happens again—is the most important question facing the world today. Given the stakes, we cannot afford to settle for a limited, blinkered, or politicized understanding of the origin of this terrible disease.” – Representative Mike Gallagher

It’s time to get to the bottom of where the coronavirus came from, and why. That means Biden needs to stop letting his obsession with reversing Trump’s policies get in the way of making smart decisions that could save lives. The more than 3.5 million people who have died deserve answers. So do the billions more whose lives have been disrupted. As Amb. Nikki Haley said, “The world deserves to know the truth.” 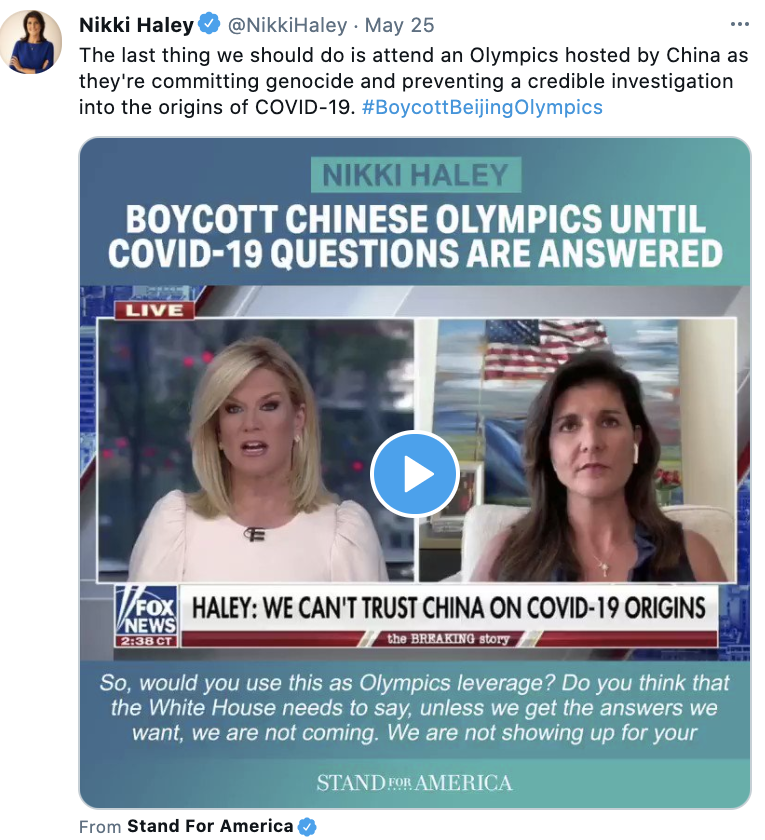 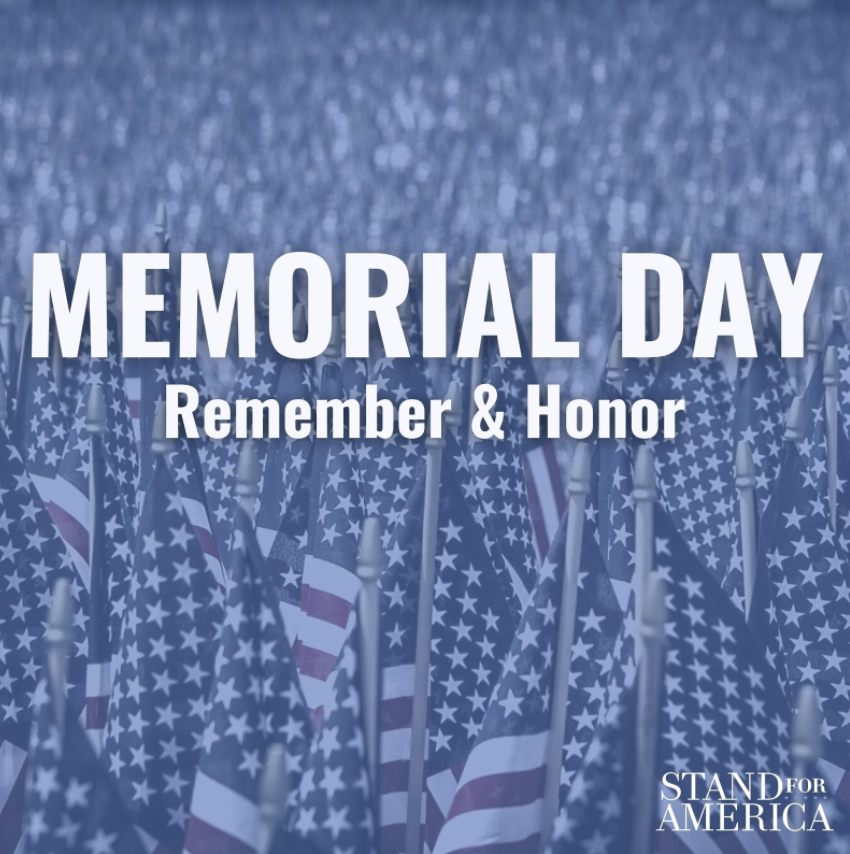 As the war in Afghanistan is coming to a close, we remember the close to 2,500 U.S. service members who fell there while defending us from terrorists.

They join the noble ranks of American heroes who have died in the line of duty protecting the land of the free. Ever since patriots fought for our liberty in 1776, brave men and women from each generation have stepped up to make sure that same liberty can be passed on to the next. And for that, we’re eternally grateful.

This weekend, we hope you and your family can take a moment to honor America’s fallen and reflect on the blessings we have because they made the ultimate sacrifice.