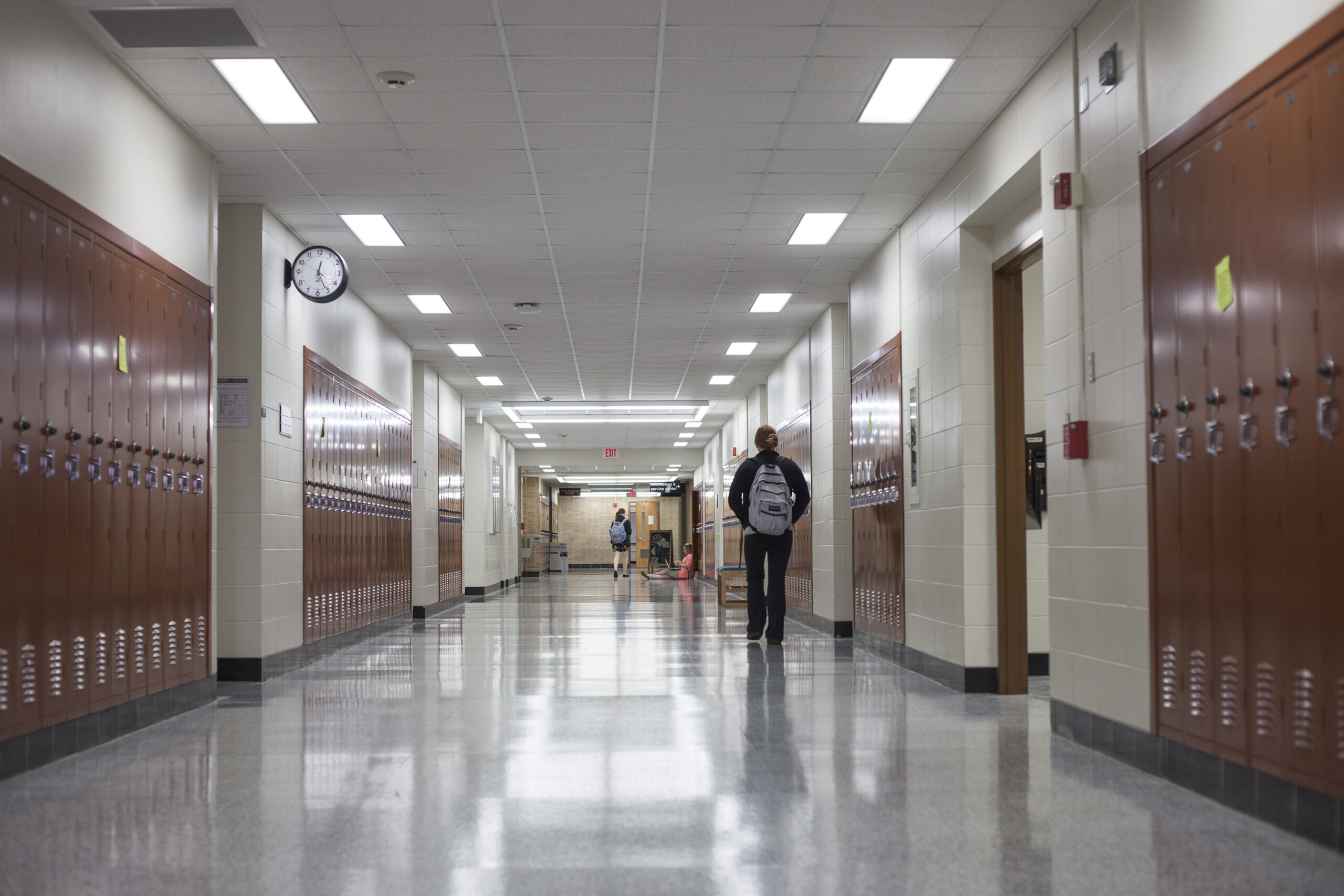 Quick summary: We’ve talked about the far left forcing critical race theory down kids’ throats and trying to dumb down learning for the sake of its “equity” agenda. The Biden administration is waging another battle in America’s schools. Now, the Biden administration wages war on parents who want a say in their kids’ education.

What’s happening? Last month, the National School Boards Association (NSBA) wrote a letter urging the Biden administration to investigate anti-critical race theory protests as potential acts of “domestic terrorism.” Right on cue, Biden’s Justice Department (DOJ) directed the FBI to crack down on “these incidents” of “harassment” and “intimidation”—even though the NSBA’s letter didn’t cite a single incident that qualified as domestic terrorism.

What DID the NSBA cite? People making prank calls, “spreading misinformation” online, and shouting offensive things at meetings. News flash: This is America, and we have the First Amendment. People can show up and criticize anything as loudly as they want.

What’s the problem? The Biden administration is trying to intimidate parents by butting its big-government head into local communities’ decisions.

Here’s the truth: Public schools are meant to be accountable to parents and families, NOT to the Biden administration—or any other federal bureaucrat, for that matter. How is the system supposed to work? Local communities elect school board members. School boards make decisions regarding curriculum, school calendars, bus systems, and other education-related items—based on what students in that district need. If a board takes actions that enough parents feel go against their kids’ best interests, they can recall board members and elect new ones.

This system isn’t perfect, but it works. Over the past year, more and more parents have voiced legitimate concerns about how public schools are teaching (or not teaching) their kids. See: critical race theory, COVID-19 mandates, stripping academic standards, and closed-down schools. This year alone, parents in about 50 school districts across the country have launched recall efforts. Here are a few examples:

What else are Democrats doing? Continuing to reveal their plan to take education power away from parents. Two weeks ago, Biden’s education secretary refused to say that parents are the primary stakeholders of their kids’ education. And last month, Terry McAuliffe—a Democrat running for governor of Virginia—said, “I don’t think parents should be telling schools what they should teach.”

What are Republicans doing? Standing up for parents targeted by the Biden administration and the NSBA. Missouri Attorney General Eric Schmitt spoke out against Biden’s move, saying, “Joe Biden is weaponizing his DOJ and using the FBI to pursue parents advocating for their kids at school board meetings. It’s meant to quell dissent and intimidate. It’s dangerous, and they have no jurisdiction.”

Rep. Jim Banks (R-IN) is calling out the NSBA for its unfounded accusations. As he points out, if federal officials intervene, “their only conceivable purpose would be to intimidate and harass law-abiding Americans engaging in protected political speech that concerns their children’s education.”

Our take: Every student has different needs, and every family has different values. That’s why parents—not Biden’s DOJ, union-backed activist groups, or anyone else—should have the loudest voice when determining what schools teach. The Biden administration is threatening to strip parents of their rightful power over what their own kids learn. That’s not ok.

→ Read more: Why are moms like me being called domestic terrorists? (Common Sense with Bari Weiss)

A Chinese invasion of Taiwan

Quick summary: For decades, Communist China has wanted to take control of Taiwan—the free and democratic island right off its coast. If President Joe Biden allows China to succeed, he’ll jeopardize the peace and safety of the entire world—including America.

What’s happening? Over the past several months, China has been ramping up aggression against Taiwan. Just two weeks ago, China flew a record 149 military planes into Taiwanese air space. And this week, China’s military practiced landing and assault drills—on the shore directly across the sea from Taiwan.

What’s the context? Ever since a tyrannical, communist regime took control of mainland China in 1949, Taiwan has had an entirely separate government. But China aims to bring the island back under its communist umbrella. In July, President Xi Jinping said that China “must take resolute action to utterly defeat” any effort to shore up Taiwan’s independence. One top U.S. military official even said a Chinese invasion of Taiwan is “only a matter of time, not a matter of if.”

Why should Americans care about Taiwan? If Communist China overtakes free Taiwan, it won’t stop there. We already know China’s ultimate goal is world domination. A victory over Taiwan would embolden China to invade free nations in the Pacific and beyond. And it would give Beijing control over Taiwan’s critical and innovative technology industry, boosting its quest for economic supremacy over America.

Right now, the world sees America and China as two competing world powers. America stands for freedom and justice. Communist China stands for oppression and tyranny. A Chinese invasion of Taiwan would send a loud signal to the world that communism—an evil ideology—is winning the battle. Plus, after Biden’s horrific Afghanistan withdrawal, America’s allies are already doubting our commitment to stand by them. If America fails to protect Taiwan, our allies will trust us even less.

What is the United States’ history with Taiwan? In 1979, under what’s known as the “One China” policy, the United States formally recognized China’s leadership—but not Taiwan’s. Since then, the U.S.-Taiwan relationship has been in a gray area. What does that mean? Here are some examples:

In short: Apart from support in Congress, including the Taiwan Relations Act that allows us to bolster Taiwan’s military, we don’t do anything to officially violate China’s idea that Taiwan is part of its communist empire.

Then, under the Trump administration, things began to change. In August of 2020, Trump sent the highest-ranking official since 1979—Health and Human Services Secretary Alex Azar—to visit Taiwan. The State Department rolled back restrictions on meetings between U.S. and Taiwanese officials. U.S. Navy ships sailed through the Taiwan Strait to show China we’re serious about responding to its aggressive actions. And just this week, the Wall Street Journal revealed that U.S. military units have been in Taiwan, helping train Taiwanese troops for at least a year.

These steps predictably infuriated Communist China’s rulers, who’ve lashed out with angry statements and actions, including sanctioning our American defense companies. But our actions under Trump sent China an important message: We wouldn’t allow China to bully or strong-arm us, and we had the back of our democratic friend Taiwan.

What is Biden doing? Not much—except for releasing more strongly-worded statements that say the United States is “very concerned” by China’s threats against Taiwan.

What are Republicans doing? Fighting to secure peace through strength. The GOP has urged Biden to increase U.S. defense funding—counteracting calls from the far left to cut it. And in July, Reps. Mike Gallagher (R-WI) and Lisa McClain (R-MI) introduced a bill calling for strengthened partnership between Taiwan’s military and ours. Rep. Gallagher rightly explains, “Taiwan’s survival is a vital national interest of the United States….We may only have six years before the Chinese Communist Party [CCP] attempts an invasion, and in the face of this threat, we must do everything we can to help Taiwan.”

Our take: Communist China would love nothing more than for the United States to step aside so it can take back Taiwan. And after Biden has made one cowardly foreign policy decision after another, the CCP is wondering if we’ll do just that. For the sake of freedom and democracy in America and around the world, Biden must make it clear that we stand with Taiwan and against Communist China.

→ Read more: Why Taiwan matters to the world (Heritage Foundation)