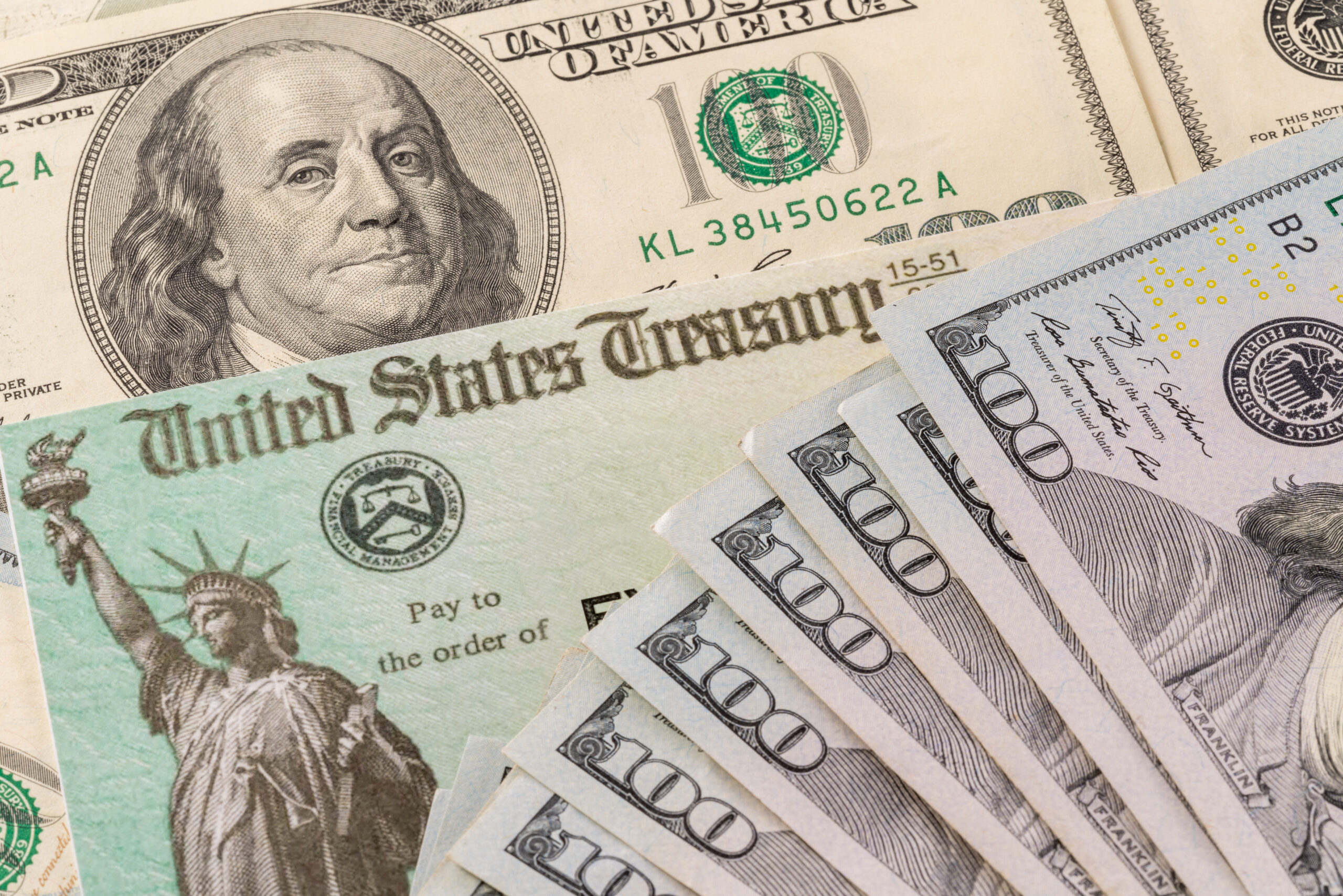 Quick summary: It’s time to round out our broken liberal ideas series on how the left’s $3.5 trillion tax-and-spend nightmare doesn’t solve the problems Democrats claim it does. This week, we’ll dive into another problem with the bill: Liberals are using it to chain even wealthier Americans to government dependency.

What’s happening? President Joe Biden and Democrats in Congress are suggesting Americans need trillions more dollars from the government because so many are struggling to get by. Biden said their plan would help working families and middle-class Americans who keep “getting hurt.”

And this week, in an astounding display of ignorance, Rep. Pramila Jayapal (D-WA) claimed America’s poverty rate “is the 4th highest in the world.”

What’s the problem? To hear Democrats talk, you’d think most Americans can’t find two pennies to rub together. But the truth is, most Americans are immensely prosperous by any meaningful standard. The average income around the world for a middle-class family ranges between $14,600 and $29,200. Almost 90% of Americans make more than that, and the average American household brings in triple that amount. America’s poorest 20% are richer on average than most of the world’s wealthiest nations.

Not to mention, America already offers a generous safety net for the poor. Consider a single mother who has two children and earns $13,853 a year working a minimum wage job: After the government provides her with food stamps, tax credits, child credits, child nutrition aid, and Medicaid coverage, she has almost $36,500. If Washington also helps her with housing, her earnings bump to about $47,400. This is all before you count the COVID-19 aid Congress passed over the past year and a half. After pandemic relief, this single mother could have as much as $58,800.

What’s in the Democrats’ plan? Democrats are pushing for more government handouts in their $3.5 trillion package, from free college to universal pre-K to expanded Obamacare. Yet their goal isn’t only to give more entitlements to lower-income Americans. It’s to shove America’s middle class—and even affluent Americans—onto the government dole, too.

Here are a few of the worst examples of how they plan on doing it:

Here’s the reality: Democrats are not just trying to help the poor and downtrodden in our country. They’re trying to expand America’s entitlement state to reach more and more Americans, even the affluent. If they get their way, they’ll drastically change the relationship between Americans and their government (think European-style socialism). And they’ll put Americans on the hook to keep these programs going forever.

Ronald Reagan once warned: “No government ever voluntarily reduces itself in size.” We hope GOP lawmakers let his warning motivate their fight to make sure the Democrats’ $3.5 trillion socialist grab bag never makes it to Biden’s desk.

Quick summary: For decades, pro-life Americans have been fighting to protect the unborn. The fight is far from over—even though pro-choice Democrats control Congress and the White House. As the Supreme Court starts a new term on Monday, the justices will soon make an important decision on whether to restore states’ power to uphold the sanctity of human life.

What’s happening? In May, the Supreme Court agreed to take up a major abortion case for the first time in almost 30 years. The question: whether to uphold or strike a Mississippi law that restricts abortion after 15 weeks.

Why the Mississippi case? Two lower courts struck down Mississippi’s law after it passed in 2018. They ruled that the law violated prior Supreme Court decisions by restricting abortion before what’s known as “fetal viability”—the point in an unborn baby’s life when, if that baby were suddenly born, he or she could survive outside of the womb. For a frame of reference: With the help of incredible medical breakthroughs, babies born as early as 21 weeks have survived.

After courts invalidated Mississippi’s law, the state fought back and asked the Supreme Court to step in. It’s leaders are arguing that it is unconstitutional to stop states from banning abortion before fetal viability.

Mississippi isn’t the first state to try to ban earlier abortions: Others have attempted to restrict abortion after six weeks, eight weeks, 12 weeks, 18 weeks, and 20 weeks, but courts have blocked them from enforcing these rules.

Why is Mississippi important? If the Court upholds Mississippi’s law, states could get much more leeway to protect life. It would be a massive win for America’s pro-life movement—and for innocent, unborn babies.

As Nikki Haley explained in her recent op-ed with Marjorie Dannenfelser of the Susan B. Anthony List, this court case comes at a time when America is failing to live up to its promise to defend life. In almost all 50 states, mothers can abort their babies 20 weeks into pregnancy—or later. By this point, an unborn baby has a heartbeat, a brain, and can suffer pain. Seven states—including New Jersey, Oregon, and Colorado—have no limits at all on when a mother have an abortion.

It’s even worse when you consider that liberal Europe protects unborn babies better than America does. Not one European nation allows abortion at any month in the pregnancy. By comparison, the United States is one of only eight countries that allows on-demand abortion through all nine months. What other nations allow limitless abortion? China and North Korea, to name two.

What are Democrats doing? Protecting abortion instead of protecting babies. Last weekend, House Democrats passed a bill that would eliminate almost every state law restricting abortion—including ones that protect babies and women from dangerous late-term abortions. They’ve threatened to abolish the filibuster to push their bill through. And they’re trying to make taxpayers fund abortions. In July, House Democrats voted to allow U.S. taxpayers to subsidize abortions at home and abroad.

Our take: By five weeks, unborn babies have a heartbeat. By 10 weeks, they have fingers, toes, arms, and legs that can kick. By 15 weeks, they grow noses, lips, and hearts that pump 26 quarts of blood per day. America is failing to protect these babies. As Nikki Haley and Marjorie Dannenfelser said, “The Mississippi case is the best chance in nearly three decades to right that wrong and protect the right to life.”

→ Read more: How 2021 is becoming a banner year for pro-life at state level (Daily Signal)