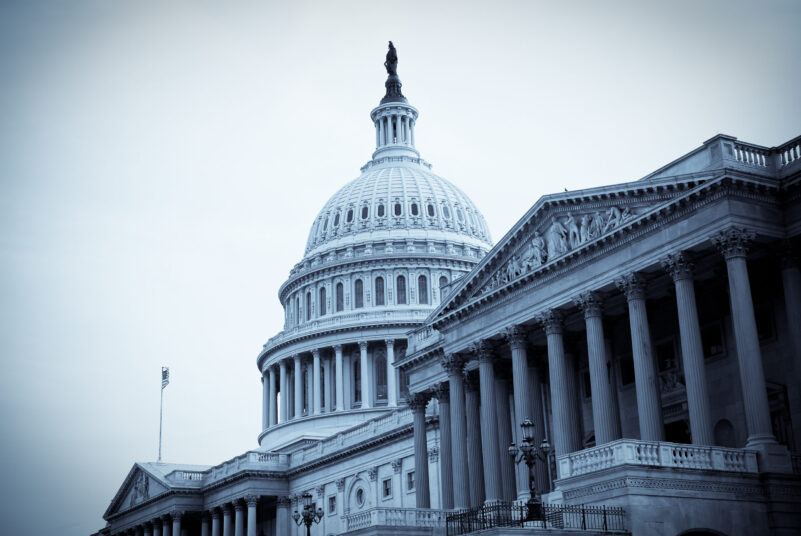 Quick summary: Last week, we talked about broken liberal ideas and the Democrats’ plan to spend tens of billions of taxpayer dollars on free college. Unfortunately, that’s just one of the many misguided aspects of their $3.5 trillion spending bonanza. This week, let’s zero in on another: tax hikes.

What’s happening? For years, liberals from Rep. AOC (D-NY) to Sen. Bernie Sanders (I-VT) to President Joe Biden have pushed the idea (and repeated the talking point) that they could finance their big-government dreams—if only rich people paid more. Now that Democrats rule the roost in Washington, they have the power to make their dreams a reality—by way of their $3.5 trillion socialist grab bag. To pay for it, they’re pitching a tax plan that would target the rich and raise about $2.9 trillion. Biden says these taxes would level the playing field by making America’s richest “pay their fair share once again.”

What are the details? The Democrats are proposing more than 40 new tax increases—totaling the largest hike in decades—that focus on taking more from America’s highest earners. For example, they want to raise the individual tax rate from 37% to 39.6% for individuals who make more than $400,000 and impose another 3% tax on incomes above $5 million. They also want to raise the corporate tax rate from 21% to 26.5% for companies that make more than $5 million a year. That’s higher than what Communist China’s companies pay.

What’s the problem? To get to the root of the issue, we first have to bust the liberal myth that the government lets wealthier Americans off the hook. America’s tax system already redistributes wealth from the top down. The top 10% pays 71% of all the federal income taxes Washington takes from taxpayers each year.

Americans in the top one percent (who make around $540,000 or more) give between 22 and 33% of their money to the federal government—compared to the middle class, which gives around 14%, and the lowest half of earners, who give roughly 6.3%. Here are a few more stats:

But Democrats still want to make the rich pay more.

Democrats’ tax plan also reveals their hypocrisy. Even as they’re claiming to “tax the rich,” many liberals are pushing a tax cut for the rich.Some on the left want to remove a Trump-era limit on what’s known as the State and Local Tax (SALT) deduction. SALT allows taxpayers to deduct certain state and local taxes when they’re filing their federal taxes. But here’s the rub: It primarily benefits wealthier liberals in Democrat-led states.

The Trump administration and a GOP-led Congress capped SALT at $10,000. If the liberals remove SALT’s limits, they’ll be able to funnel an estimated $380 billion back into the hands of wealthy blue-state liberals. The annual cost of this repeal would be enough to cover Democrats’ universal pre-K, free community college, cheap child care, paid family leave, and tax credit expansion plans—combined. What does this tell us? Democrats’ “tax the rich” slogan is completely hollow.

The hypocrisy continues: Democrats want to raise $96 billion by hiking taxes on tobacco and nicotine products—which are mainly consumed by lower-income Americans. This move blatantly breaks Biden’s vow to not raise taxes on anyone who makes less than $400,000.

It’s the spending, stupid: The most obvious problem here is Democrats’ relentless push to spend more money on socialist policies. They wouldn’t have to raise any taxes if they just quit creating new (and foolish) government programs that depend on taxpayer money to operate. It’s even worse when you consider that Washington can’t afford the benefits it’s already promised Americans—like Social Security and Medicare.

Make no mistake: If the Democrats can’t rein themselves in and stop spending, it will be the middle class—not just the rich—that ends up having to pay.

Quick summary: Remember the days when not every issue in America was political or controversial? Those days are over. Case in point: This week, demands from the Democratic Party’s most radical members nearly derailed funding for one of our strongest allies—Israel.

What’s happening? On Tuesday, House Democrats pushed our government one step closer to a fiscal crisis by jamming together a budget bill with a debt provision that not a single Republican voted for.

But the absurdity didn’t stop there. The typical cast of anti-Israel characters—like Reps. Ilhan Omar (D-MN) and Rashida Tlaib (D-MI)—threatened to revolt against the bill if funding for Israel’s Iron Dome defense system wasn’t removed. Rep. Nancy Pelosi (D-CA) caved to the radicals and removed the measure from the bill.

What is the Iron Dome? A missile defense system that has been protecting Israelis—and Palestinians—from terrorists for a decade. It’s not a physical dome. It’s an invisible air shield designed to detect and intercept dangerous missiles that enemies launch at Israel. And it’s proven highly successful, blocking about nine out of every 10 missile strikes from harming innocent people. In May, when Hamas terrorists fired more than 4,300 rockets at Israel, the Iron Dome saved countless lives. During one of the strikes, a father hid under a tree with his daughter and reassured her: “Don’t worry. It will be fine. The Iron Dome will save us.”

For the past decade, the U.S. has helped fund Israel’s Iron Dome. Support for it was never contested—until the anti-Semitic Squad showed up and started pushing anti-Israel measures in Congress. This week, for the first time in American history, approval for defense aid to Israel was delayed because of opposition from U.S. lawmakers.

And we’d be remiss if we didn’t point out this irony: Also on Tuesday, President Joe Biden promised in his first speech at the United Nations that the U.S. would “continue to defend…our allies…against attack, including terrorist threats.” His cronies in Congress who are trying to cut off funding for Israel must not have gotten the memo.

What are Republicans doing? Fighting tooth and nail to support Israel. After the Democrats removed Iron Dome funding from the bill on Tuesday, Rep. Kay Granger (R-TX) proposed an amendment to restore it. She said on the House floor:

“Now is the time to ensure Israel has what it needs to defend itself in the face of real and growing threats. This is a commonsense motion that would fund the Iron Dome system and reassure our ally that America will never turn its back on the great State of Israel.” – Rep. Kay Granger

Believe it or not, most Democrats know what’s right when it comes to Israel. After Rep. Pelosi’s move,Rep. Ritchie Torres (D-NY) pointed out the obvious: “A missile defense system (ie. Iron Dome) defends civilians from missiles. Hence the name. Only in a morally inverted universe would this be considered a ‘controversy.’” Another Democrat representative rightfully accused Rep. Tlaib of anti-Semitism after she called Israel a “violent apartheid system.”

Later in the week, Democrats proposed a separate bill to fund Israel’s Iron Dome. It passed—without votes from several Squad members, of course.

But Israel’s finally getting the funding it deserves doesn’t change this fact: When Democrats had to choose between doing the right thing and appeasing their far-left, anti-Israel colleagues, their leaders bowed to the Squad.